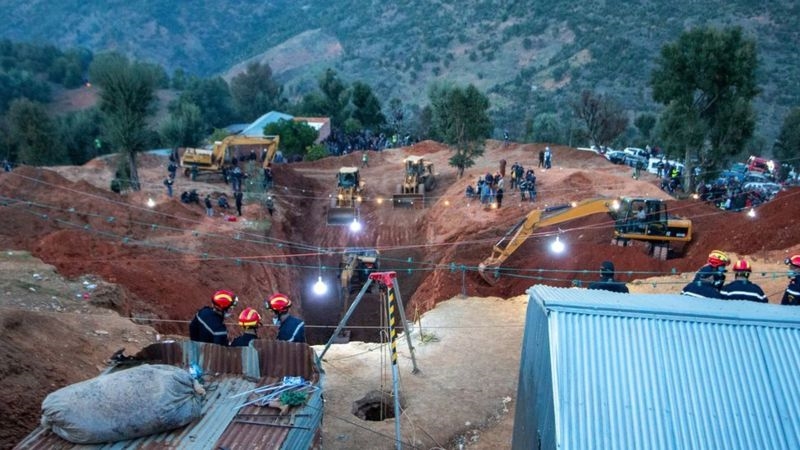 The five-year-old boy fell into a well in the northern town of Bab Berred four days ago.

Rescuers in Morocco are nearing the end of a rescue mission to save a five-year-old child, Rayan, who fell in a northern town’s 100-foot-deep well on Tuesday.

According to his mother, he was playing nearby when he suddenly disappeared.

Rayan’s mother has been distraught and the north African country has been on high alert awaiting his rescue.

“I ask Moroccans to pray for the safe return of my son,” she said to local media.

Rescuers used bulldozers to excavate a parallel shaft through which they might tunnel to reach the youngster, but they were concerned that either part of the well or the parallel shaft would collapse before they made it.

One of the operation’s leaders, Abdelsalam Makoudi, said “We’re almost there,” expressing that “tiredness is kicking in, but the whole rescue team is hanging on.”

On Thursday, Moroccan media claimed that rescuers had successfully sent oxygen and water to the well’s bottom, securing Rayan’s needs.

Local support was overwhelming, as thousands of people gathered at what looked like a construction site to support the rescuers, which included engineers and topographers. One volunteer said they had been there for 3 days and that they “won’t leave until he’s out of the well.”

Rayan’s father told public television on Friday that he keeps hoping his child “will get out of the well alive,” and thanked everyone involved “in Morocco and elsewhere.”