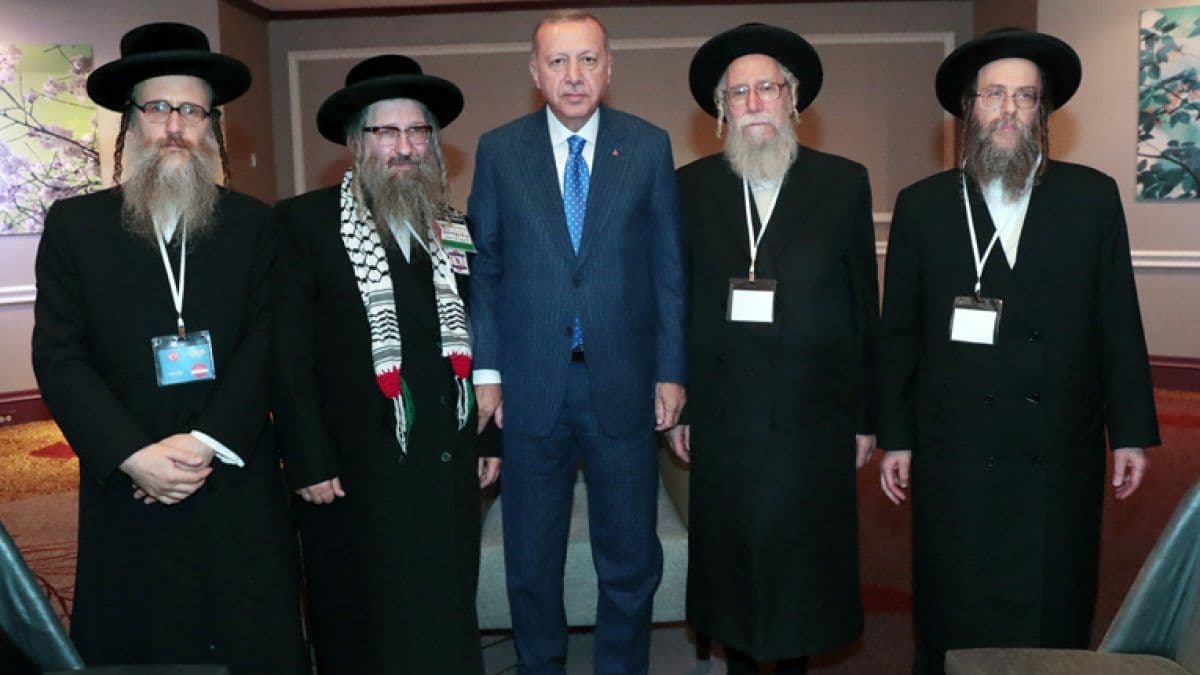 Relations between Ankara and Tel Aviv began to sour in 2008, following an Israeli military campaign in Gaza. In 2010, the fallout continued after the Mavi Marmara incident when ten Turkish nationals were killed by the IDF as they tried to break a naval blockade of the Strip.

Last week, Turkish President Tayyip Erdogan announced that Israeli President Isaac Herzog is expected to visit Turkey in mid-March as both countries are looking to improve their strained bilateral ties.

Dr Hay Eytan Cohen Yanarocak, a Turkey expert at the Jerusalem Institute for Strategy and Security and the Moshe Dayan Centre at Tel Aviv University, says the idea is that the Israeli president’s visit to Ankara will turn a page in the rather sour relations between the two nations.

“The visit is expected to normalise relations between the two countries. It should bring more cooperation, tourism, trade and, potentially, energy projects”.

Energy has been one of the most important factors driving Turkey’s foreign policy, believes the expert. Over the years, the energy-hungry state has been relying on supplies from Iran, Russia, and Azerbaijan but those have proven problematic recently.With Iran, the constant competiton between the pair has caused ties to fracture. This is not only due to their disagreement about the Syrian civil war, where the two states support opposing sides, but the backing Turkey has given Azerbaijan, Iran’s regional rival, and the criticism it has levelled against the Islamic Republic’s supposed involvement in Yemen, as well as Tehran’s belief that Ankara is making headway into northern Iraq.In terms of relations with Moscow, ties have not been smooth either. The two nations have found themselves on opposite sides in the Libyan saga, while in Syria ties reached a boiling point in February 2020 when forces loyal to President Bashar Assad killed 34 Turkish soldiers, allegedly using Russian weapons. And, more recently, in the Russia-Ukraine crisis, Ankara voiced its support for Kiev and provided it with military equipment.“Turkey [seems to be] re-evaluating its energy policy. And it understood once again that it needed to diversify its energy resources”, explained Cohen Yanarocak.

Relations With Its Neighbours

Energy policy is not the only matter that Ankara is now reconsidering. They are also recalculating their foreign policy in general.”The isolation of Turkey in the region is deepening”, said the expert referring to the strain in relations that Turkey has had with Israel, Egypt, Syria, the United Arab Emirates, and other regional players.“So the decision-makers in Ankara have at last internalised that their foreign policy doctrine of ‘precious loneliness’ does not serve Turkey. Rather, it is causing irrevocable damage”, he added.

Now, it appears that Turkey is willing to take another route. Aside from attempting to mend fences with Israel, ties with whom started to deteriorate in 2008 following an Israeli campaign in Gaza, Ankara has also been taking steps to soothe arguments with other regional powers.In November, the head of the UAE, Sheikh Mohammed Bin Zayed, visited Turkey and Erdogan is planning to return a visit in February to boost relations between the two states.

The Turkish president has also indicated that he will reinstate the nation’s ambassador to Egypt, most probably after his UAE trip, and work towards mending relations that soured following Ankara’s support for the Muslim Brotherhood (MB), a movement deemed a terrorist organisation by Egypt and a number of other regional players.

That backing of the MB and its offshoot Hamas has always been a major source of discord between Turkey and its neighbours. Ankara has often been blamed for harbouring their leaders and activists, for providing them with monetary assistance, and for even granting them citizenship.

A rapprochement with Israel and other regional powers isn’t impossible even without scrapping those ties, believes Cohen Yanarocak, but he admits that overcoming this challenge will not be an easy task.

“Turkish foreign policy was taken hostage by Hamas. But for the sake of bilateral relations and for the sake of the Palestinians, the decision-makers in Ankara should put an end to this situation”.

If this happens, the expert says, relations will eventually improve, because after all, it is not “mission impossible”.