Home Politics Middle East Report: How the UN and Saudi Arabia are complicit in the FSO Safer crisis 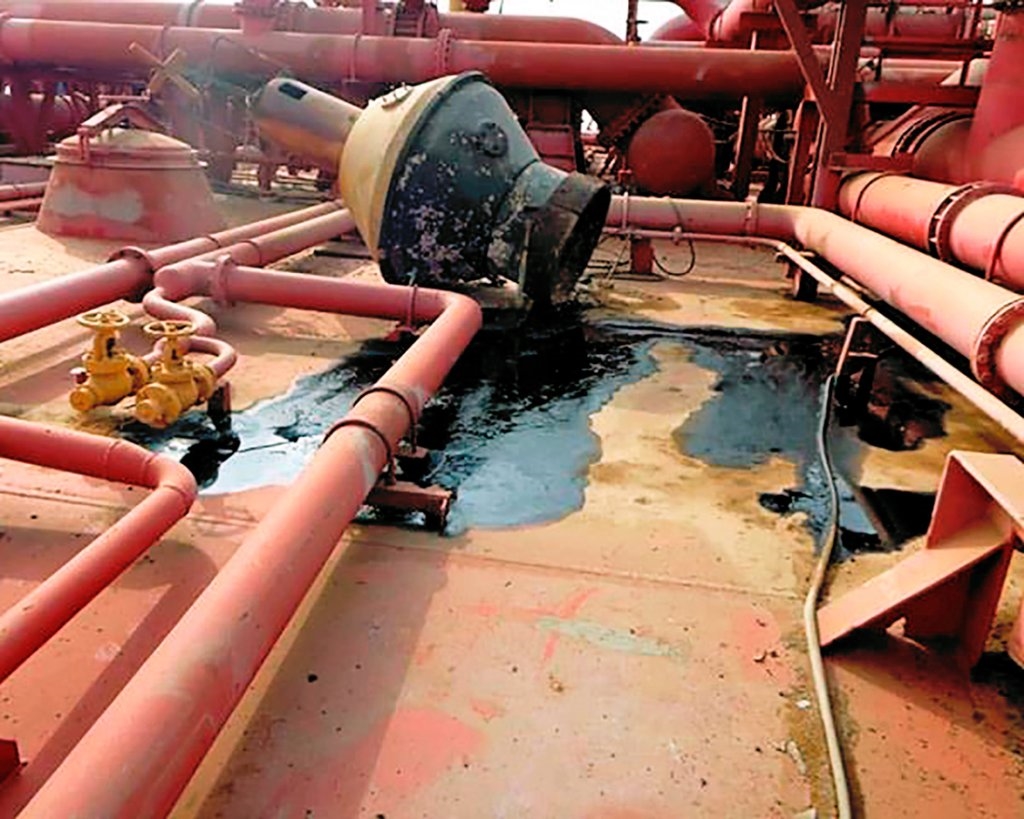 Yemen’s government voices its concern against the UN’s neglect of its duties regarding to FSO Safer leak.

Yemen’s government said it was disappointed with the UN for its disregard of its commitments to FSO Safer, and its attempts to back out of the execution of the immediate maintenance agreement, warning of an impending environmental disaster in the Red Sea.

The committee also added that the ship has not been properly maintained since 2015.

How Saudi-led coalition caused this

Despite the media narrative that attempts to place the blame on the Ansar Allah for negligence, the truth lies in the fact that the blame rests on the shoulders Saudi-led coalition and the UN for the situation today, as there is speculation that Saudi Arabia is trying to leverage the blockade to prevent maintenance on the tanker, in an attempt to further blackmail the Yemeni government.

A detailed investigation conducted by Al Masira shows that in October 2016, the Yemeni government attempted to import a tanker by the name of Rama, which was loaded with 3,000 tons of gasoil, was specially requested to perform maintenance on the ship. At first, coalition forces issued a permit allowing the ship to pass.

However, in November, Middle East Shipping Co. Ltd. sent a letter to the Yemen Oil and Gas Corporation, sayig that Rama 1 was barred by coalition forces from entering Yemeni regional waters to empty its load of gasoil in Safer. The FSO Safer sent a letter one day later to the escaped Abd Rabbuh Mansour Hadi so that the situation would be resolved, but received no reply in return. The letter even went into detail on why the gasoil shipment was needed to perform maintenance on the ship.

On November 9th, 2016, the branch of the of the General Committee for Maritime Affairs in Al-Hudaydah issued a call to allow Safer to be supplied with the gasoil onboard the Rama 1, but to no avail.

From December 2016 to June 2019, the Yemeni government sounded the alarm dozens of times with the UN, and explained the situation of the FSO Safer and its urgent need for maintenance to avoid an oil spill.

Yemen’s Oil and Gas Corporation also asked the UN to intervene and allow the sale of the oil on board the ship in order to avoid a catastrophe, and the same plea was reiterated by the Supreme Political Council Member, Mohammad Ali Al-Houthi, yet nothing was done about this until August 2019.

In that month, the UN decided to send experts to perform examinations to assess the status of Safer and asked authorities to cooperate with the “experts” and coordinate with them. Sanaa complied and asked the Maritime Affairs committee in Al-Hudaydah to go ahead with the required procedure. However, the committee wrote to the Yemeni government that the company in question, Asia Offshore Solutions, was established only in 2012, and was not a “pioneer” of assessing offshore oil rigs and ships, not to mention the fact that the company is not accredited with the IMO (International Maritime Organization).

After more than four years of delays, the UN asked a virtually unknown company to perform maintenance on the world’s third largest floating oil reservoir, which was in dire condition and could pose an unprecedented environmental disaster if maintenance was improperly performed.

For his part, the UN’s Humanitarian Affairs Coordinator in Yemen, William David Grisley, announced that a preliminary agreement was reached with Sanaa on how to proceed with the UN deal on FSO Safer, stressing the Yemeni government’s commitment to resolving this issue.

Grisley clarified that the UN solution was to transfer the 1 million barrels of oil on board the ship to another tanker.

FSO Safer is docked at sea, north of Al-Hudaydah, and can store close to 1.1 million barrels of crude oil. Its lack of maintenance since 2014 led to water flooding the engine room, leading the Yemeni government to ask for UN aid to help with its maintenance.

Since the tanker has not been maintained since 2015, the crude oil stored on the ship risks leaking, and the UN says the tanker is a timed bomb that can explode at any moment.

Consequences of an environmental disaster

A Time Magazine investigation into the FSO Safer revealed what happened to the ship, and showed the impact a catastrophe could have on the region.

The consequences, according to the report, would be “unfathomable”.

“The impact of a disaster would depend on seasonal variations in weather and sea conditions” but if the Safer’s oil should happen to leak between April and June “it would affect 31,500 fishermen and 235,000 workers in fishing-related industries, and would likely shut down the vital port of Al-Hudaydah, the main entry point for a nation teetering on famine, for up to three months. Cleanup on such a spill would cost $20 billion.”

Even worse would be a fire scenario. Millions in Yemen and Saudi Arabia would be exposed to very high levels of air pollution. Close to 10 million Yemenis and 1.5 million people in Saudi Arabia would be affected by crop losses. Estimations say that if a worst-case scenario comes to pass, this would be “the biggest man-made oil-related disaster ever recorded”.

This potential disaster, which might bring calamity to both environment and people on an immense scale, is the result of years of aggression by the Saudi coalition and a shameful UN complacency.