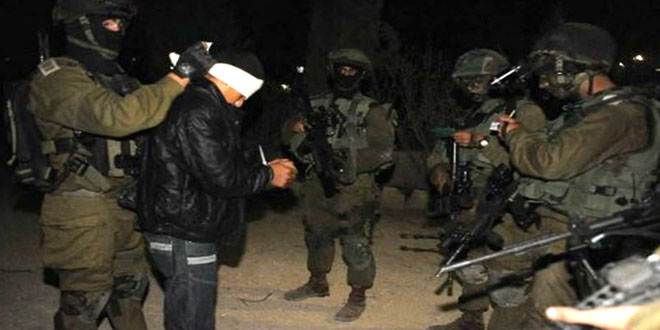 The occupation forces stormed the towns of Silat al-Harithiya in Jenin and Azzun in Qalqilya, as well al-Burj village in Hebron, and they arrested four Palestinians, Wafa News Agency reported.

On Sunday, the occupation troops arrested seven Palestinians in several areas in the West Bank