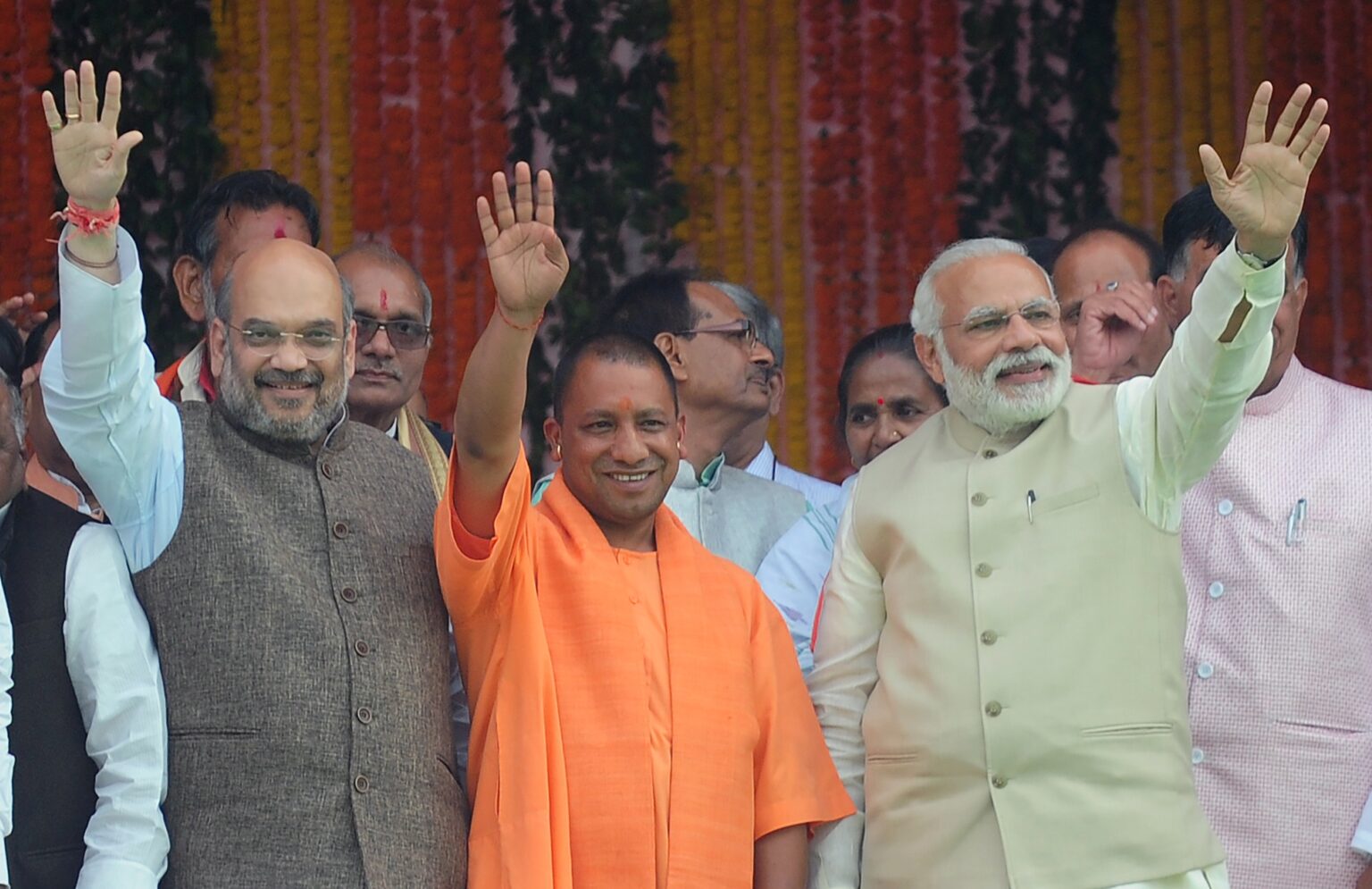 Ahead of India’s state polls, Hindu supremacist politician Yogi Adityanath seeks to be re-elected as chief minister of the country’s most populous state, backed by his anti-Muslim rhetoric.

A monk known for his controversial anti-Muslim rhetoric leads the Hindu nationalist Bharatiya Janata Party (BJP) into Thursday elections in India’s most populous state — Uttar Pradesh — where a strong win could put him in pole position to succeed Prime Minister Narendra Modi.

Yogi Adityanath, 49, has stirred controversy since his surprise appointment in 2017 as Chief Minister of Uttar Pradesh, a state in northern India home to over 200 million people.

The Indian office has done nothing to temper his views, and as he seeks a second term, he is calling on Hindu voters to back the BJP while going vicious over Muslims who make up one-fifth of the state’s population.

A hardline protege of Modi, Adityanath has soared in popularity beyond Uttar Pradesh, for his fiery speeches against Muslims.

Journalist and political commentator Sunita Aron indicated that Adityanath “is brazenly open about his Hindu politics and ideology… He has projected himself as a Hindu leader and that’s what brings him crowds and votes.”

“When he does Muslim-bashing, he grabs eyeballs and audiences,” she told AFP.

“Pakistan is dear to them, we sacrifice our life for Maa Bharati (Mother India).”

While studying mathematics at university, Adityanath became an activist in the student wing of the Rashtriya Swayamsevak Sangh, a right-wing Hindu organization.

After graduating, he became a priest of Gorakhnath Temple, known for its strong Hindu supremacist tradition, and at the same time went into politics, elected to Parliament for the first time in 1998 aged just 26.

Along the way, he founded a “vigilante” youth army named Hindu Yuva Vahini.

Volunteers of the group regularly rough up Muslims accused of slaughtering cows or “love jihad” — a term used by nationalist extremists to accuse Muslim men of seducing Hindu women in order to force them to convert, while in fact, it constitutes a plan whereby Hindu extremists are determined to push an Islamophobic conspiracy theory across India – regardless of how many couples get hurt or killed in the process.

Adityanath himself has several criminal cases pending against him in various courts.

In 2007, he spent 11 days in jail for trying to foment communal tension. In one speech he vowed, “If they (Muslims) kill one Hindu man, then we will kill 100 Muslim men.”

But his notoriety did nothing to impede his twin-track progress: in 2014, he was appointed head priest of his temple.

After taking the reins as Chief Minister three years later, Adityanath announced curbs on slaughterhouses and on the use of loudspeakers for the Muslim call to prayer, fuelling an atmosphere of fear and intimidation.

Indian media reports say more than 100 alleged criminals — most of them Muslims or low-caste Dalits — have been extra-judicially killed by Uttar Pradesh police under his administration, a charge Adityanath denies.

His political style aligns firmly with his party, which has been accused of fuelling religious intolerance for electoral gain, calling into question India’s long-cherished secular and democratic credentials.