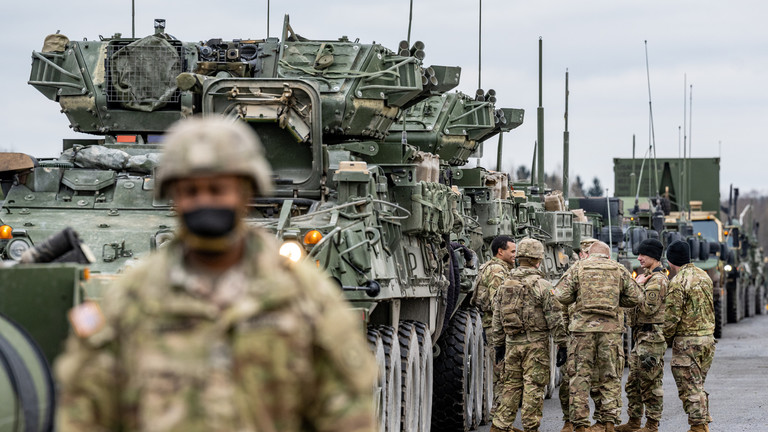 US media organizations have circulated a letter calling on the Pentagon to urgently allow journalists to be embedded with US troops being sent to Europe, CNN revealed on Wednesday.

In the correspondence, news outlets Military.com, the Military Times, and Task & Purpose claim the public has a “right to know how and what their troops are doing and how their tax dollars are spent.

The three publications, which are circulating the letter to other journalists in the hope of garnering more support for their cause, said that “despite numerous requests from media organizations, no journalist has yet been allowed to accompany these troops and bring their stories home.”

They claim to be concerned by the lack of access provided by the US military. In the past, the US has had a proud tradition of allowing journalists to be embedded with troop deployments, but the media organizations suggest things have gone wrong in recent months as troops are being sent to Eastern Europe to bolster NATO positions.

“As a result, we call on the Pentagon to immediately begin the process of allowing journalists to embed with troops headed to Europe in response to Russian troop movements near Ukraine,” the outlets wrote.

On Sunday, the Military Reporters & Editors Association petitioned the Pentagon to provide access to US troops selected for deployment in Eastern Europe.

Pressed by journalists on Tuesday, Pentagon press secretary John Kirby said that he was responsible for deciding the level of access the media should have to US operations.

However, he added that the Pentagon is “working our way through what would be the appropriate level of media access here.”

The US has vowed to deploy a total of 3,000 extra troops to Poland and Romania to shield Eastern Europe amid concerns of conflict in Ukraine.