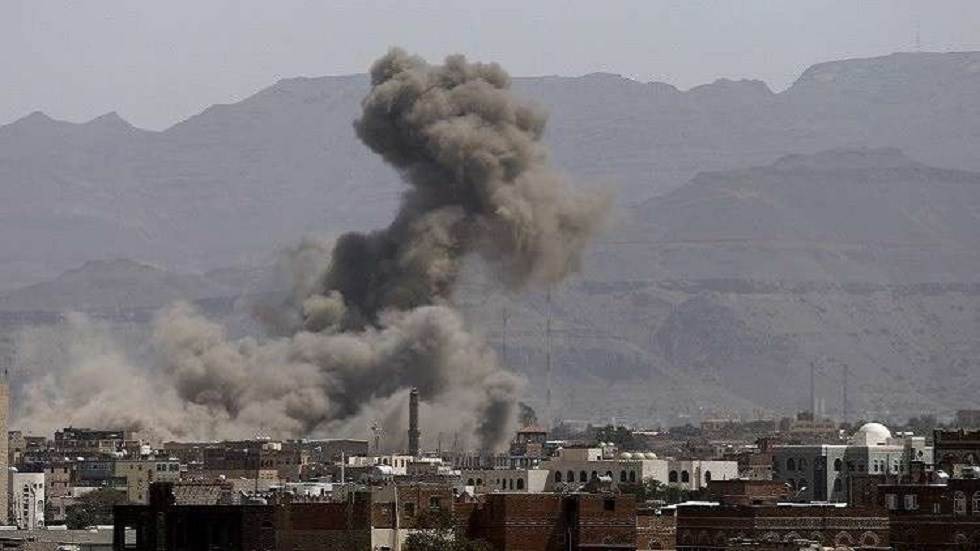 The Saudi-led coalition launches once again a series of raids on the Yemeni capital, Sanaa, targeting a communications network in Manakhah Haraz District.

Once again, the Saudi-led coalition launched a series of raids on separate areas of Sanaa, targeting Al-Hafa area in Al-Sabeen District and Bani Matar.

Al Mayadeen‘s correspondent in Yemen reported that the Saudi coalition also carried out airstrikes on a communications network in Manakhah Haraz District.

The Saudi-led coalition of aggression warplanes had targeted the districts of Mudaghl and Al-Juba with a number of raids, without recording casualties, and the Haradh border district in Hajjah with 13 air raids.

Earlier, Al Mayadeen correspondent in Sanaa reported that the Yemeni Army Forces and Popular Committees liberated the strategic Al-Muhsam camp, north of the Haradh district in Hajjah, which borders Saudi Arabia, following violent battles with Hadi forces and the Saudi coalition, resulting in many deaths and injuries in the latter’s ranks.

Yemen: One killed, four wounded by the Saudi coalition

A Yemeni citizen was killed and four others were wounded, including an African immigrant, on Monday, by the Saudi-led coalition in the Al-Muftah and Al-Raqqo areas in the Munabih border district in Saada, northern Yemen.

Additionally, three civilians were injured by an explosion caused by cluster bombs left behind by the Saudi-led coalition aircraft in the Haidan District, southwest of the governorate, north of Yemen.