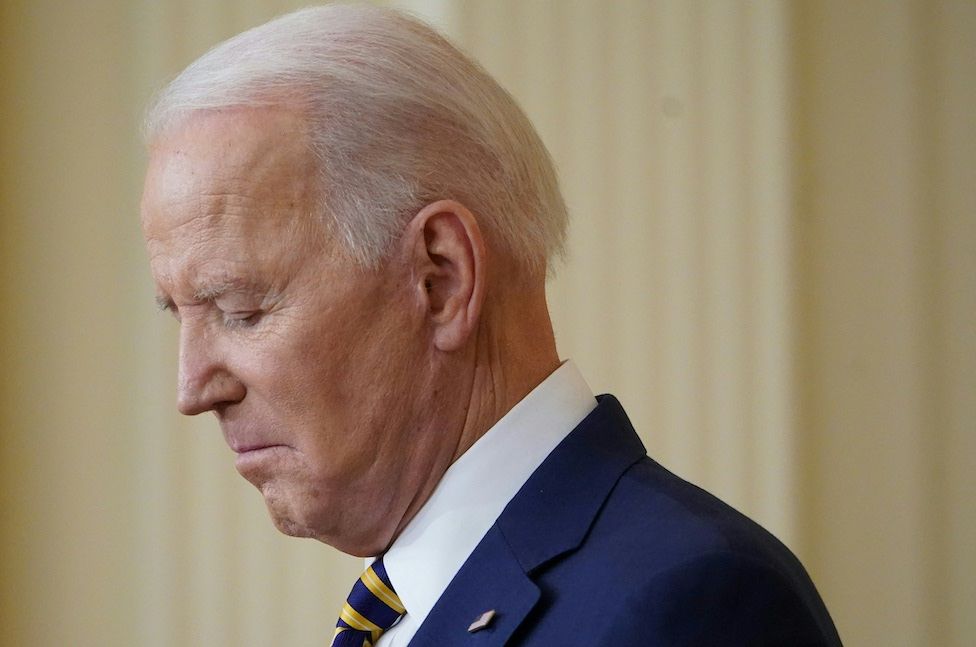 WASHINGTON (Sputnik) – A group of US lawmakers led by Congressman Ronny Jackson on Wednesday sent a letter to President Joe Biden, his physician and chief medical adviser urging them that Biden immediately undergo a cognitive test after a number of incidents including publicly offending a reporter.
“We again write to you to express concern with your current cognitive state. We believe that, regardless of gender, age, or political party, all Presidents should follow the example set by former President [Donald] Trump to document and demonstrate sound mental abilities,” the letter said. “To achieve this, we urge you to submit to a cognitive test immediately. We implore you to then publish the test results, so the American people know the full mental and intellectual health of their President, and to follow the example set before you.”
The lawmakers said they made the same request in June but were ignored and the public continued to lose confidence in Biden’s ability to effectively carry out his duties as president.

“The Alzheimer’s Association lists ‘changes in mood and personality,’ including being more ‘easily upset’ as one of ten signs of mental decline,” the letter said. “You displayed this type of mood change during a cabinet meeting on January 24, 2022, when you apparently did not know your microphone was on after finishing your opening remarks, and you called a White House reporter a ‘stupid son of a bitch’ in response to a question asked on inflation.”

The letter also noted that during a press conference on the COVID-19 pandemic on December 16, Biden was unable to read the numbers in front of him.

“When attempting to announce the total number of the population who had received a booster shot, you said, ’57… excuse me… 570… I don’t want to read it, I’m not sure I got the right number” before being corrected by Dr. Anthony Fauci with the right statistic of 57 million,” the letter said. “This is not just a recent trend, as your mental decline and forgetfulness have become more apparent over the past two years.” Jackson went on to say that during the campaign Biden often forgot the names of states where he went for rallies.

“The Alzheimer’s Association points out ‘confusion with time or place’ as another of the ten signs and symptoms of mental decline,” the letter said. “In February 2021, you publicly forgot the purpose of your visit to survey the winter storm damage in Texas. In March 2021, you forgot the name of the Pentagon, the Department of Defense, and the Defense Secretary. Lastly, in May 2021, you told a story from your tenure as Vice President in which you stated that you regularly visited your sick mother via Amtrak in 2013, even though she passed away in 2010.”

The letter underscored that the request is not unusual given that the political opponents as well as corporate media pundits asked in 2018 then-President Donald Trump to take a cognitive test.
“In response, the White House physician conducted a Montreal Cognitive Assessment (MOCA) for President Trump, at which he excelled,” the letter said.
The lawmakers said they encourage Biden to follow the example set by the former president Trump to undergo a cognitive test as soon as possible and immediately make the results available for the American people, the letter added.
The calls come weeks after Biden was caught on a hit microphone calling Fox White House Correspondent Peter Doocy a “stupid son of a b***h”.
The president made the remark as reporters were shouting questions while exiting the East Room following a White House Competition Council meeting on efforts to lower prices.
“Would you take a question on inflation … ? Do you think inflation is a political liability in the midterms?” Doocy asked Biden.

“It’s a great asset — more inflation. What a stupid son of a bitch”, Biden murmured.