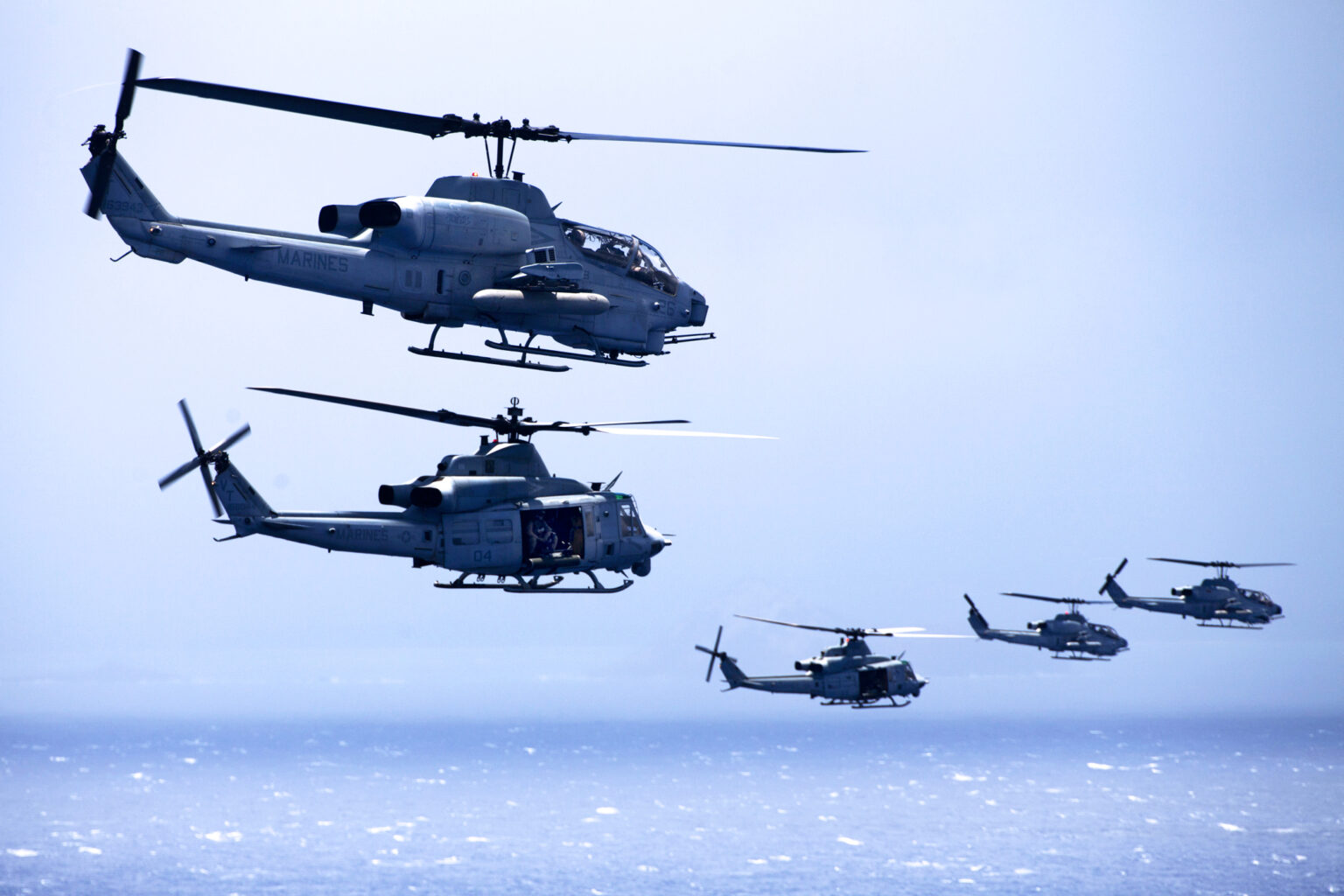 AH-1W Super Cobra and UH-1Y Huey helicopters fly in formation near the coast of Lanai, Hawaii, during maintenance and readiness flights, June 13, 2013. The training was designed to challenge aircraft maintenance crews to maintain the highest possible levels of readiness. A series of 12 helicopters from HMLA-367 and Marine Heavy Helicopter Squadron 463 participated in the training, including AH-1W Super Cobras, UH-1Y Hueys and CH-53E Super Stallions.

As part of the joint Russian-Belarusian military exercises, dozens of Russian attack helicopters have accumulated in the Belgorod region of Russia.

This is not the first such event in recent years. Russia has been conducting large-scale maneuvers for several years in a row, as a response to the activity of NATO forces near its borders. Today these forces could be used in the case of aggression by Ukraine and its global patrons against Russia or the People’s republics (DPR/LPR) that were formed eight years ago on the border of Russia and Ukraine.

In recent weeks, the United States, Britain and their proxies have delivered dozens of tons of weapons to Ukraine

For the last two days, Washington and London have been whipping up hysteria around Ukraine. Following the logic of warmongers,  many countries are evacuating their embassies from Kiev, the capital of Ukraine. For its part, Russia has consistently stated that it is not going to take aggressive actions against Ukraine first, but in case of Kiev’s attack, it has determined intentions for a full-fledged response.

The situation may be aggravated by the unstable psychological state of the President of Ukraine, a former comedian, Mr. Zelensky, who has been suspected of drug use for a long time.

At the same time, it cannot be ruled out that Russia is ready to use any excuse to cut a nationalist “abscess” that has been bothering it for many years.