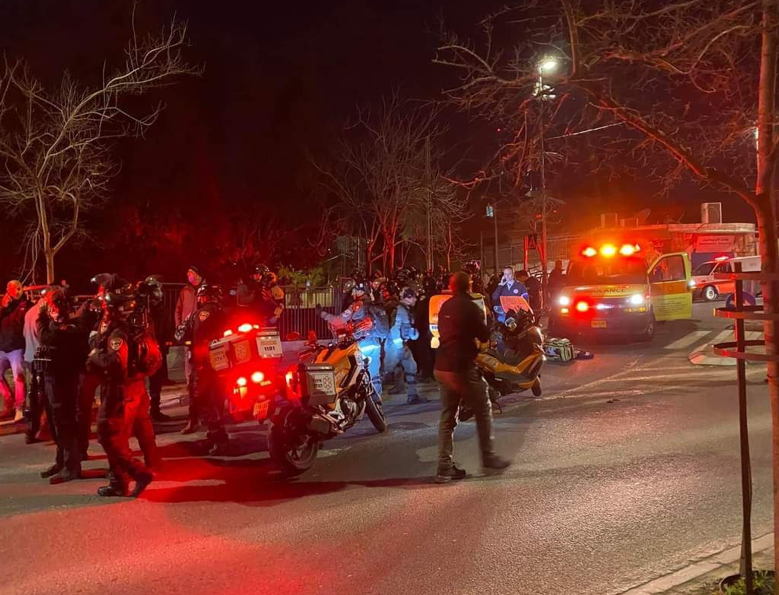 Israelis attack the Salem family home, threatening to set it on fire.

Israeli settlers attacked Palestinians gathered near the Salem family house today at dawn, which is threatened with eviction from the Sheikh Jarrah neighborhood, occupied Al-Quds.

According to Al Mayadeen‘s correspondent, the settlers attacked the Palestinian homes and vehicles with stones, and pepper-sprayed the neighborhood’s residents right by the Salem home, west of the neighborhood.

Israeli settlers also attacked the neighbors within the vicinities. Fatima Salem, a resident, joined and supported other neighborhood residents who were worried that the settlers would set Salem’s house on fire.

In response to the settlers’ attacks, a run-over operation was conducted, injuring a settler in the neighborhood.

Hamas warned the occupation of “the dire consequences of their impingement,” which the movement described as playing in minefields bound to explode in the face of occupation.

Hamas spokesman in Al-Quds Muhammad Hamada said that the settlers’ attacks on the people in the dead of the night, which were led by Knesset member Itamar Ben-Gvir, are a blatant aggression against the residents. He said that the settlers are playing with fire in Al-Quds, a place where the entirety of Palestine is ignited for with everything it possesses.

Hamada called on the Palestinian people, especially in Al-Quds, to mobilize in “support and relief our people in the Sheikh Jarrah neighborhood.” He urged all Palestinians to turn the cities and villages of the West Bank and Al-Quds into “fields of confrontation against the brutal occupation and its cowardly settlers.”

In turn, the Islamic Jihad Movement in Palestine stressed that what the occupation and settlers “are doing against our people in Al-Quds and the Sheikh Jarrah neighborhood is a brutal attack that cannot be tolerated.”

The movement declared that the “Israeli enemy bears full responsibility for the continued attacks on our people in Sheikh Jarrah and their property, and must bear the consequences of that.”