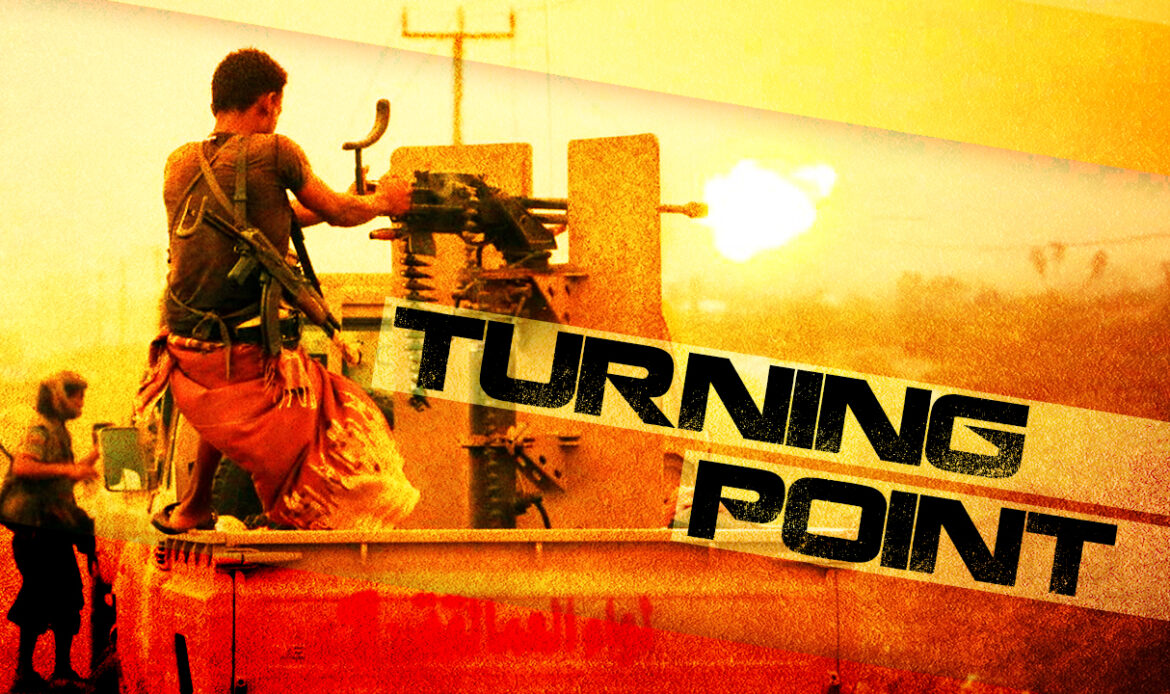 The Saudi-led coalition’s large-scale attack on the city of Harad in the northwestern Yemen province of Hajjah has been going nowhere.

Harad, one of the key cities held by the Houthis (Ansar Allah), is located less than 15 kilometers away from al-Tuwal border crossing with Saudi Arabia.

The attack on Harad began in the first week of February. Forces from the Yemeni Armed Forces (YAF) 5th Military District, which was trained and equipped by the Saudi-led coalition, have been leading the attack.

After failing to advance inside Harad or even to tighten its siege on the city, the coalition pushed fresh reinforcements into the battlefield on February 10. The reinforcements included hundreds of troops from the YAF’s Arabism and Storm Brigades.

The Saudi-led coalition’s move didn’t make any deference. As of February 12, clashes were still taking place outside of Harad, mainly in the eastern outskirt of the city. A series of counter-attacks by the Houthis had pushed coalition proxies out from a number of areas surrounding the city.

On February 13, the 5th Military District claimed that its forces had killed two commanders of the Houthis, identified as “Abu Ali” and “Haidar,” in the eastern outskirts of Harad. These claims are yet to be verified.

The Saudi-led coalition attack on Harad, which was first promoted as some turning point, appears to be falling apart. The Houthis will likely keep the city in the end.