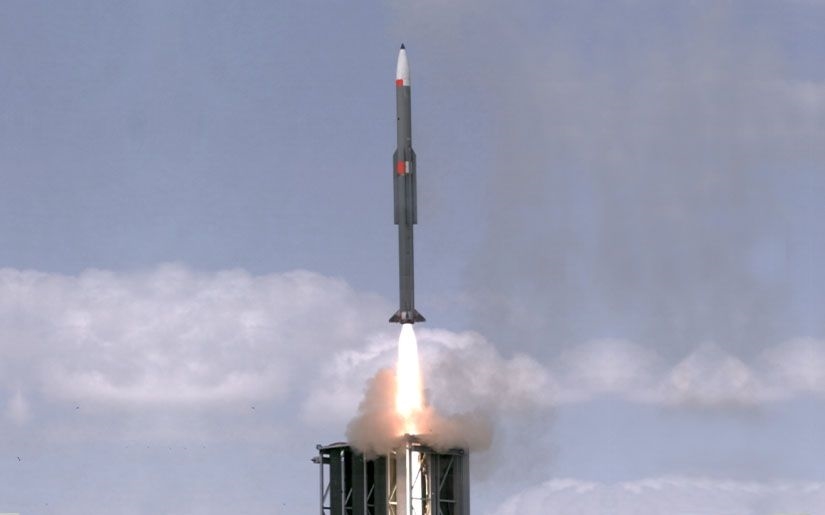 Morocco is furthering its ties with the Israeli occupation, purchasing a defense system from “Tel Aviv” to combat “threats” from Algeria.

IAI is going to sell the Barak MX system, which intercepts all types of aircraft and missiles through surface-to-air (SAM) missiles.

During his visit, Gantz signed a memorandum of understanding on security cooperation, which paved the way for military sales and cooperation between the two sides.

It counters a wide array of aircraft, such as fighters, sea-skimming, cruise missiles, ballistic missiles, drones, helicopters, and gliding bombs. Its ranges vary from 35, 70, and 150 km.

Morocco had normalized ties with the Israeli occupation, establishing full diplomatic relations in December 2020, and it came in exchange for the United States recognizing its so-called “sovereignty” over the western Sahara amid tensions with Algeria.

Israeli Channel 12 claimed that Morocco is facing the possible threat of booby-trapped drones from Algeria.

As part of the normalization of ties between Rabat and “Tel Aviv”, the Moroccan House of Representatives announced presenting a draft law that agrees on air services between the two, making it the first agreement between the two parties.

“Israel” had launched its first direct flights to Morroco in July 2021.