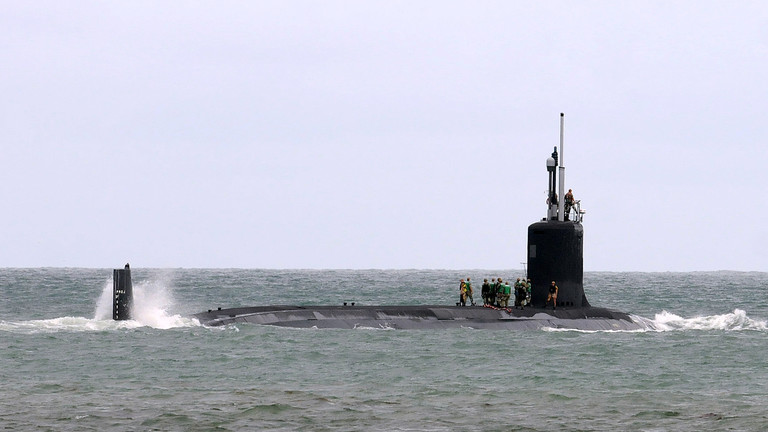 Russia reveals details of incident with US military sub

The Russian defense minister has outlined details of an incident which, according to Moscow, saw a US military submarine violate Russia’s sovereignty over the weekend. The Pentagon has denied that any such event took place.

Shoigu reiterated the details of the boat previously given by the ministry, but used some qualifying language. He said the intruder was “most likely” American, adding that the military perceived the distance of the alleged intrusion as “pretty significant for the island environment.”

The Russian military reported the incident last Saturday, saying the alleged trespasser was a US Virginia-class nuclear-powered attack submarine. The incident happened in the Pacific near one of Russia’s Kuril Islands at a time when the Russian Navy was conducting an exercise in the area, the Defense Ministry said.

The US Navy responded, saying that there was “no truth” to the Russian claims of a border violation. It declined to say whether US military assets were deployed in the area where the alleged incident took place.

“I will not comment on the precise location of our submarines, but we do fly, sail and operate safely in international waters,” Captain Kyle Raines, a spokesman for the Navy, said.

Russia called the incident a major violation of international law that created a threat to national security, and summoned a US military attache for an explanation.