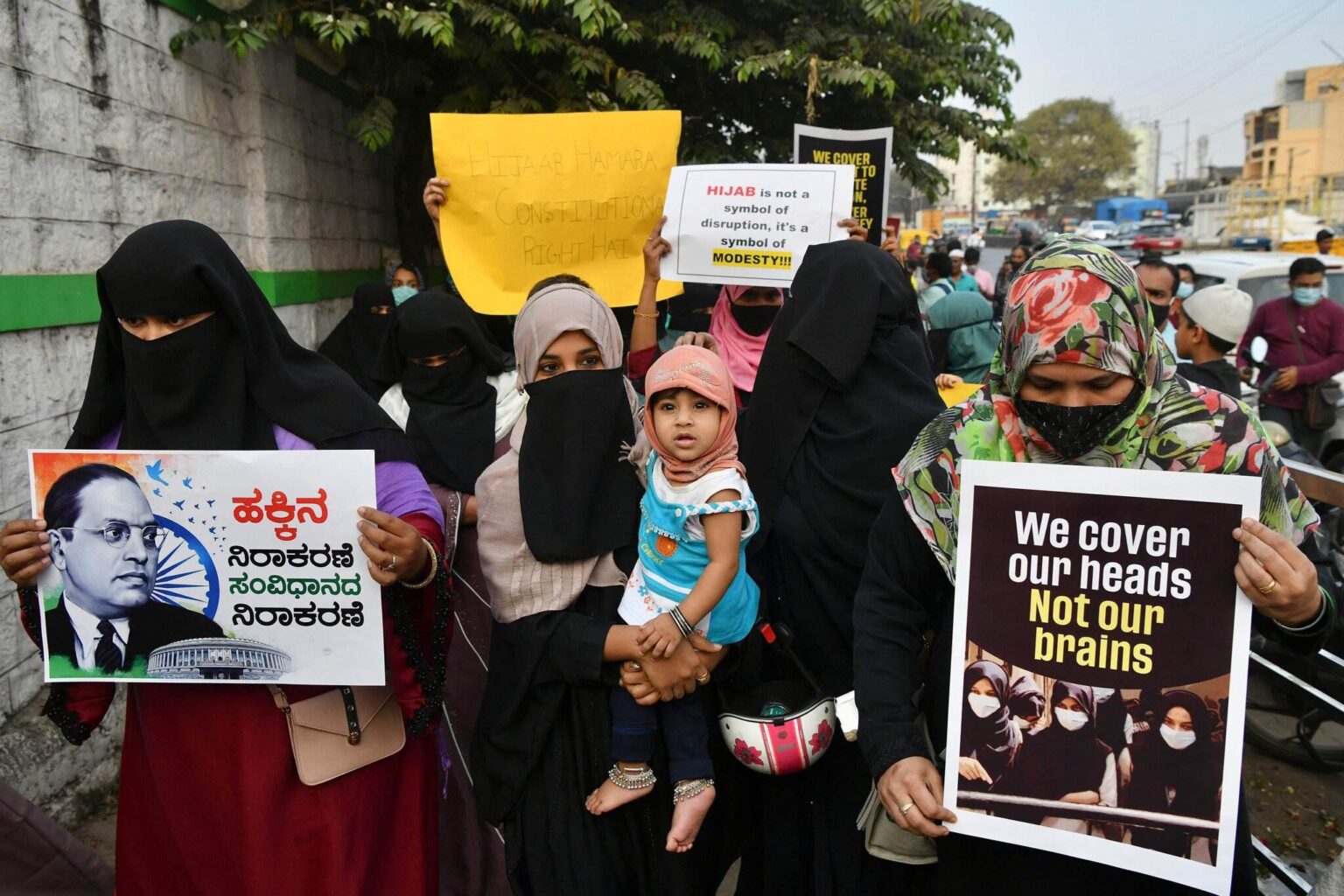 In light of the recent hijab ban in southern India, college students in Uttar Pradesh are calling for the same ban.

The dispute over restrictions on wearing hijab in schools, in a southern Indian state, has now reached India’s Uttar Pradesh, with college students calling for a college to ban the hijab.

Muslims have criticized the ban as another way of marginalizing a community that accounts for about 13% of Hindu-majority India’s 1.35 billion people.

On Monday, a group of more than two dozen young men from Uttar Pradesh, which borders New Delhi, arrived at the Dharma Samaj College in the Aligarh area and handed over a memorandum to its officials demanding a complete ban on the hijab within its premises.

They were wearing saffron shawls around their necks, which are normally worn by Hindus, according to Mukesh Bharadwaj, the college’s top proctor, who added that he didn’t identify the folks. Religious attire is currently prohibited in classes, however, it is permitted elsewhere on campus.

“Two years ago the same issue was raised and it has been raised again. We do not allow any type of religious uniform and we have a civil code of uniform for everyone,” Bharadwaj told Reuters by phone on Tuesday.

Uttar Pradesh is ruled by a Hindu monk from Prime Minister Narendra Modi’s party and is currently undergoing a multi-phase election that will conclude next month.

The hijab issue has already reached court in Karnataka. Hearings will resume on Tuesday on whether the hijab should be allowed in class.

An Indian court said that students in the state of Karnataka must stop wearing “religious garments” (referring to the hijab) until the court renders a final ruling on whether schools can ban the hijab or not.

The Indian school’s ban of the hijab, which runs counter to India’s constitution, gave rise to protests against India’s rising Islamophobia, as it was seen as an attack on minority rights in India. Muslim student organizations were let down by the ruling, which was issued on Thursday by the Karnataka High Court, with one of the students saying they were being asked to effectively “suspend their faith.”

The Karnataka government issued an order in support of the hijab ban. The state government is controlled by Prime Minister Narendra Modi, a Hindu nationalist whose rule has been marked by a rise in Islamophobia and religiously motivated violence by India’s Hindus against its Muslim minority.