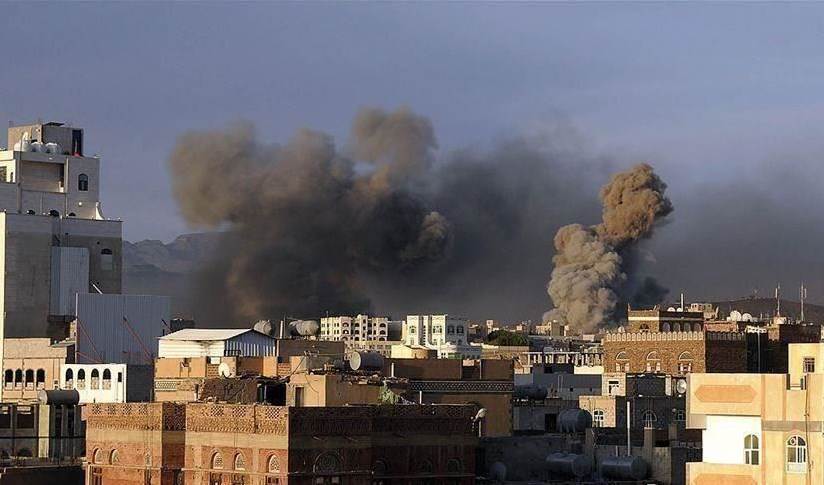 A Yemeni worker was martyred and two others were injured as the coalition warplanes targeted a water rig with two air raids in Al-Safia area in Al-Matammah District of Al-Jawf Governorate, northeastern Yemen.

The Saudi-led coalition warplanes targeted Yemen’s Ministry of Telecommunications and Information Technology building in the northern side of the capital, Sanaa, yesterday evening, after they had targeted it earlier and caused severe damage to it and to the building adjacent to it.

The Minister of Communications in the Sanaa government, Misfir Al-Numeer, warned of the very critical operational situation of the internet service as a result of the coalition’s re-bombing of the communications building, forcing the technical teams to evacuate leaving everything behind.

Saree described the coalition’s claims as “untrue” and considered them a clear justification for targeting Yemeni civilians and civilian facilities.

He also affirmed that targeting civilian facilities and ministries will not achieve the aggression’s goal in breaking the will of the Yemeni people, stressing that the Yemeni Armed Forces will respond to the Saudi-led coalition’s bombing of Yemen’s Ministry of Telecommunications and Information Technology in the country’s capital, Sanaa. Saree also stressed that the targeting of facilities, ministries will not go unpunished.