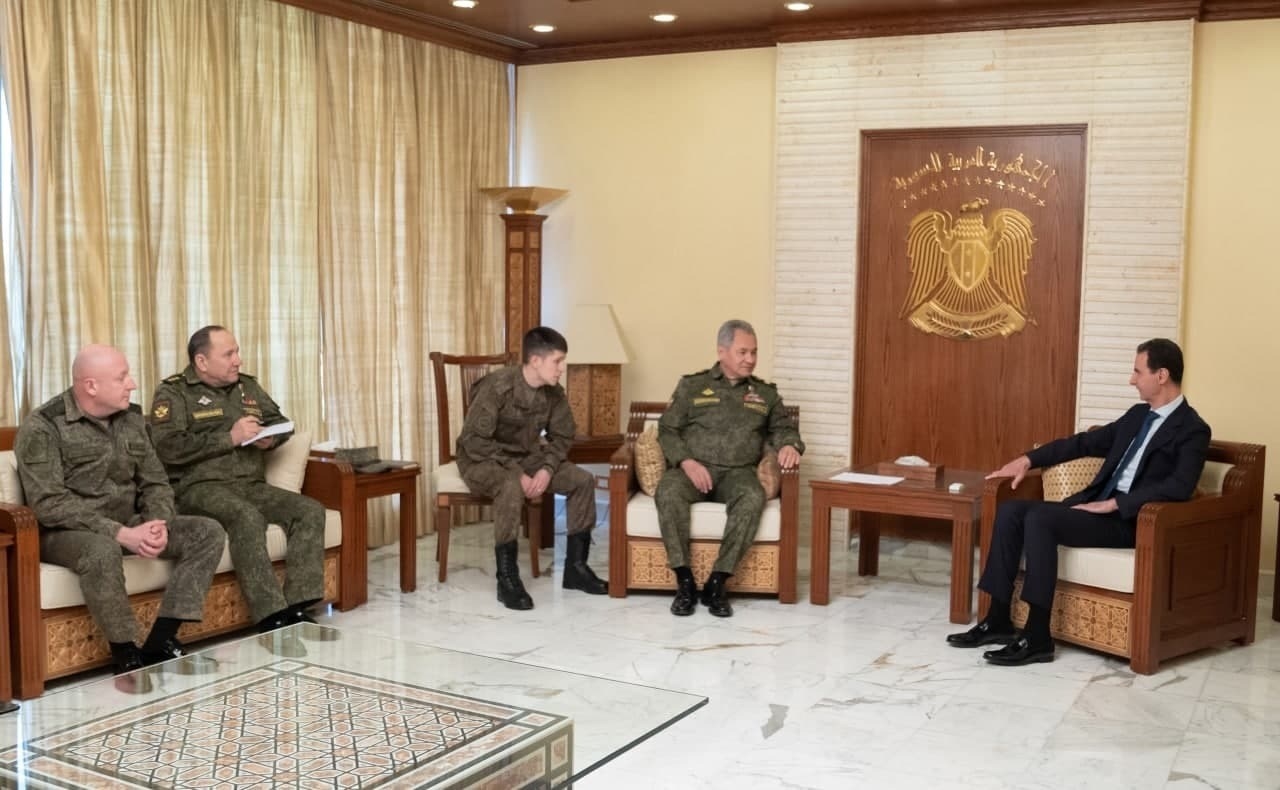 The Russian defense minister held a meeting with the Syrian President and discussed deals in cooperation, particularly countering terrorism.

“On behalf of Russian President Vladimir Putin, Russian Defense Minister Gen. of the Army Sergei Shoigu made a working trip to Damascus, where he was received by Syrian President Bashar Al-Assad,” the ministry said.

According to the Russian defense ministry, various issues of military-technical cooperation between countries were discussed during the meeting “as part of the joint fight against the remnants of international terrorists, as well as certain aspects of Russia’s humanitarian assistance to the population of Syria, suffering from prohibitive sanctions by the United States and Western countries.”

The Syrian presidency announced in a statement that the discussions centered on combatting terrorism, disclosing that Shoigu reaffirmed Russia’s willingness to cooperate with Syria in this field until its sovereignty was restored over the entire territory.

Earlier, the Commander-in-Chief of the Russian Navy, Admiral Nikolai Yevmenov, announced that more than 140 naval units, covered by 60 aircraft, were participating in maneuvers launched by the Russian Defense Ministry in the Mediterranean.

Yevmenov detailed that more than 140 warships and 1,000 military vehicles are participating in a series of Russian naval maneuvers in the Mediterranean.

The Russian Defense Ministry announced Tuesday the launch of military drills for offensive engineering units using the latest equipment in the Krasnodar Territory.

“On February 10, the ‘Allied Resolve-2022’ joint drills started on the combines arms ranges of the Republic of Belarus as part of the second stage of checking the reaction forces of the Union State,” the ministry said.