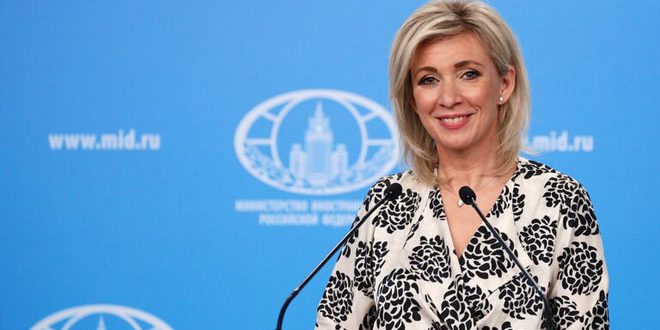 Moscow, SANA- Russian Foreign Ministry spokeswoman Maria Zakharova has slammed the disinformation campaigns about the alleged Russian attack on Ukraine by calling on the US and Western media outlets to release a schedule of Russia’s “upcoming invasions” of Ukraine for the current year.

“I’d like to request US and British disinformation: Bloomberg, The New York Times and The Sun media outlets to publish the schedule for our upcoming invasions for the year. I’d like to plan my vacation,” Russia Today website cited the Russian diplomat as saying on her Telegram channel Wednesday.