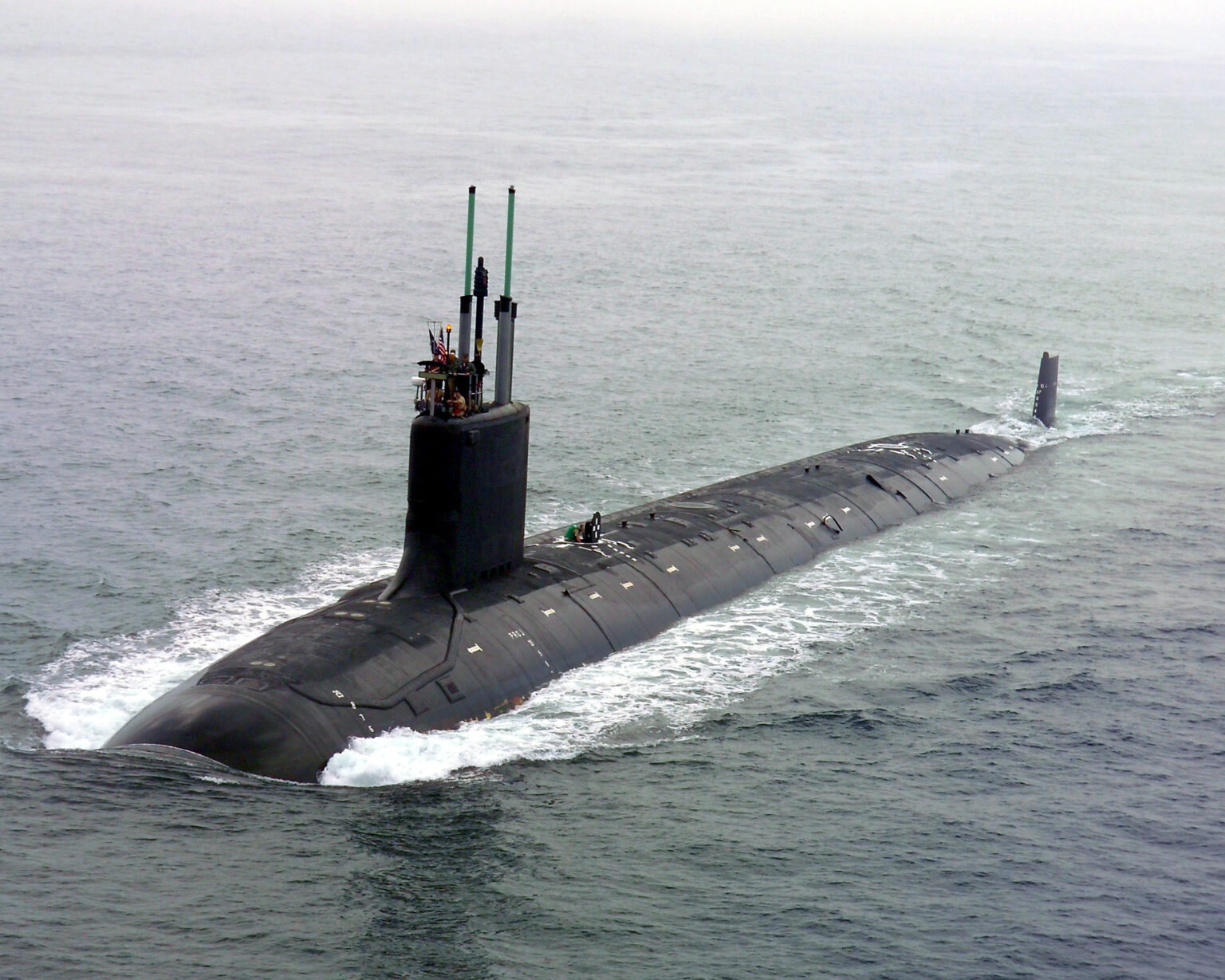 040730-N-1234E-002 Groton, Conn. (July 30, 2004) - The nationÕs newest and most advanced nuclear-powered attack submarine and the lead ship of its class, PCU Virginia (SSN 774) returns to the General Dynamics Electric Boat shipyard following the successful completion of its first voyage in open seas called "alpha" sea trials. Virginia is the NavyÕs only major combatant ready to join the fleet that was designed with the post-Cold War security environment in mind and embodies the war fighting and operational capabilities required to dominate the littorals while maintaining undersea dominance in the open ocean. Virginia and the rest of the ships of its class are designed specifically to incorporate emergent technologies that will provide new capabilities to meet new threats. Virginia will be delivered to the U.S. Navy this fall. U.S. Navy photo by General Dynamics Electric Boat (RELEASED)

Russians got trophy after recent incident with US submarine

Following the recent collision with a submarine of the US Navy in the territorial waters of the Russian Federation near Urup Island of the Kuril Ridge, the Russian military received U.S equipment at their disposal.

On February 16, the Russian media reported that, a few miles from the Russian island of Urup, Russian sailors discovered a submarine simulator that was launched by the U.S. Virginia-class submarine on February 12.

The U.S. submarine used a self-propelled simulator to split targets on radar and acoustic monitoring equipment and left the territorial waters of the Russian Federation at maximum speed.

After imitating the course of the submarine, the device sank not far from the Russian island of Urup. According to some reports, the simulator surfaced and was discovered by the Russian military.

According to Russian experts, the U.S. technology of the self-propelled simulator is not new, but some parts of this equipment mwy allow Russian specialists to improve their simulators and modernize sonar systems for more accurate identification of underwater targets.