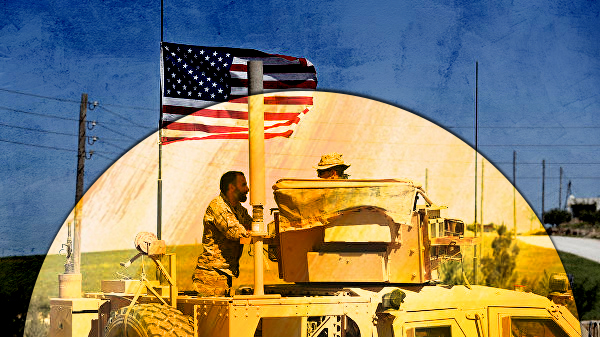 On February 19, a convoy of the US-led coalition was intercepted by soldiers from the Syrian Arab Army (SAA) while moving in the northern countryside of al-Hasakah.

The soldiers stopped the coalition’s convoy, which consisted of four Oshkosh M-ATV MRAP [Mine-Resistant Ambush Protected] vehicles, in the outskirts of the town of Tell al-Dahab. After a brief stand-off, the soldiers forced the convoy to retreat.

This was the second such confrontation in less than a week. On February 13, SAA soldiers and supporters of the Damascus government intercepted a large convoy of the US-led coalition near Tell al-Dahab.

These confrontations appear to be meant to restrict the movement of the US-led coalition, who continues to expand its presence in northeastern Syria.

Just a day earlier, the coalition announced that it had deployed additional M2A3 Bradley infantry fighting vehicles in the region. The coalition claimed that the heavily-armed vehicles were deployed to help its proxy, the Syrian Democratic Forces, counter the threat of ISIS cells.