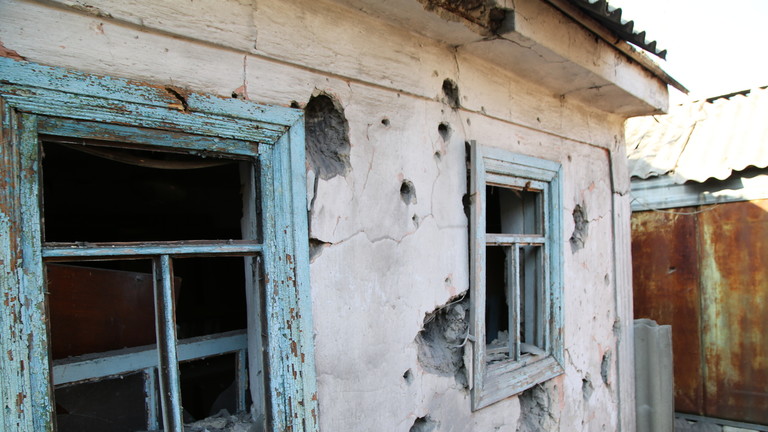 A local TV channel operating in the self-proclaimed Donetsk People’s Republic (DPR) in eastern Ukraine said on Sunday that its reporters came under fire amid an ongoing military escalation between Donbass rebels and Kiev.

Union TV, which is run by the local authorities, said the incident occurred in the village of Sakhanka in the rebel-held area. The channel’s head, Nikolay Cherkashin, said reporters managed to escape unharmed.

Nor did it provide any video or picture evidence of the alleged incident. The channel also didn’t say where the fire had come from, or who it believed was responsible.

Since Thursday, the DPR and the neighboring Lugansk People’s Republic (LPR) have been accusing Kiev of heavy shelling across the separation line established by the 2014-15 ceasefire agreements. The Ukrainian Army, meanwhile, has accused the rebels of multiple ceasefire violations and denied plans to take the breakaway regions by force.

CNN said its team and other foreign journalists came under mortar fire on the Kiev-held area on Saturday when traveling in a convoy with Ukraine’s interior minister and several MPs near the frontline. No one was hurt.

Officials in the DPR and LPR began a mass evacuation of civilians to the neighboring Rostov Region in Russia on Friday. They declared mobilization of all able-bodied men the next day.