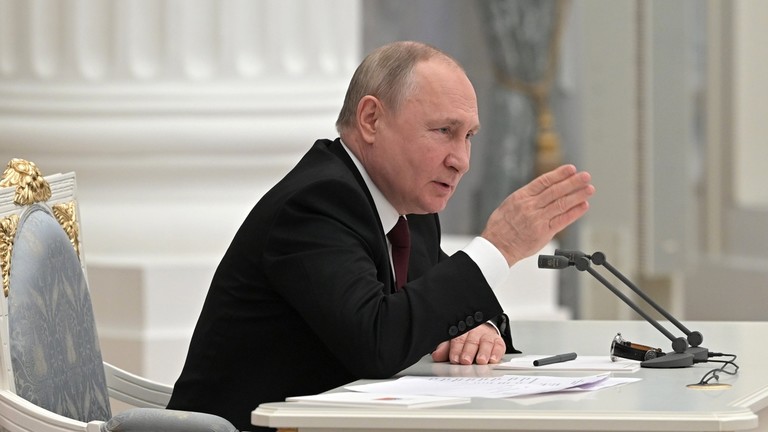 Putin to announce decision on recognition of Donbass within hours

Following a meeting of Russia’s Security Council, President Vladimir Putin has announced that he will decide on Monday whether to recognize the two self-declared breakaway republics of Donetsk and Lugansk in Ukraine’s war-torn Donbass region.

Speaking at the end of the session, during which government ministers and the head of the country’s security agencies claimed that the humanitarian situation across the border is worsening, Putin said that “I have heard your opinions. A decision will be made today,” before ending the meeting.

Sergey Shoigu, who alleged that tactical nuclear weapons could be deployed by Ukrainian government forces and argued that Kiev is preparing to resolve the standoff in the east of the country by force.

The country’s top diplomat, Foreign Minister Sergey Lavrov also backed calls for affirming the sovereignty of Donetsk and Lugansk, arguing that the US and its partners in Europe are fueling the crisis. “I see no other way,” he said. “As for offering the West two or three days to come to its senses, it is a matter of taste, of course, but it will certainly not change its position,” the top diplomat said.