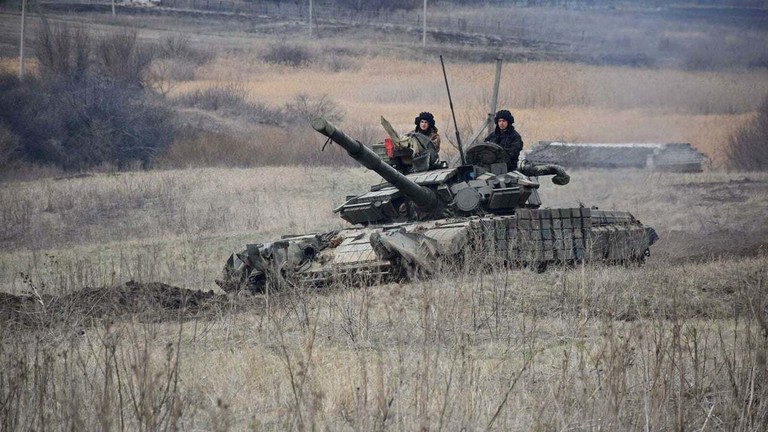 The US Senate has published a bipartisan but nonbinding statement expressing support for Ukraine and warning Russia not to invade the Eastern European nation, days after proposed legislation that would have sanctioned Moscow in the event of an attack hit an impasse.

Lawmakers signed off on the resolution on Thursday, writing that the Senate “commends the courage, resolve, and restraint shown by the Ukrainian people in their pursuit of sovereignty and democracy, and pays tribute to the many men and women who gave their lives in pursuit of a free and democratic Ukraine.”

The document also “reaffirms unwavering US support for a secure, democratic, and independent Ukraine, free to choose its own leaders and future.”

The resolution, which was passed unanimously but does not carry the force of law, also “denounces the Russian military buildup” on Ukraine’s border and encourages US President Joe Biden to impose “significant costs” on Russia and “restore peace in Europe.” It clarifies that this is not meant as an authorization for the use of American forces in Ukraine.

Ohio Republican Senator Rob Portman introduced the measure with New Hampshire Democrat Jeanne Shaheen, stating that the Congress “is united in its support of Ukrainian independence and sovereignty.”

The non-binding resolution was made after efforts to pass a bill that would sanction Russia in the event of an invasion of Ukraine stalled in the Senate earlier this week.

Lawmakers reportedly could not find common ground after Republicans pushed to introduce sanctions on Russian leaders even before an attack, which Democrats said would reduce the leverage available to Washington in negotiations.

The US has been warning about a possible Russian invasion of Ukraine for months, pointing to reports of more than 100,000 Russian troops gathered on the border, and this week Biden said he expects an attack in the next several days. Moscow, however, has strenuously denied that it has aggressive intentions, and has called the allegations “American disinformation.”