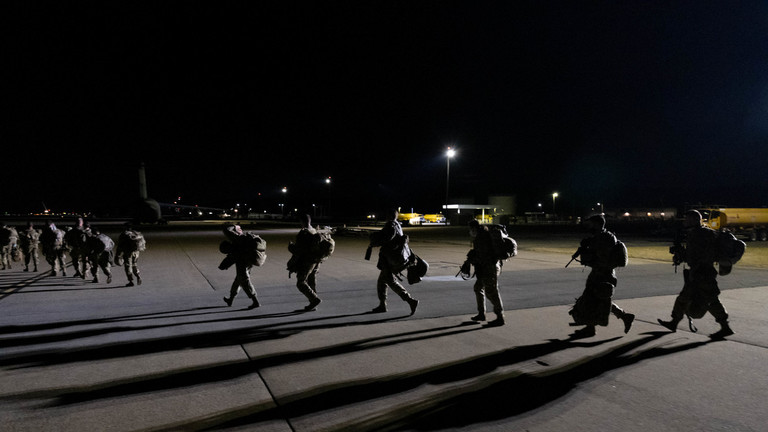 “What we have made clear is that we have already increased and we are increasing the presence of NATO troops in the eastern part of the alliance on NATO territory,” Stoltenburg said.

He also confirmed that, despite plans to enhance the NATO presence in the region, there were no alliance troops in Ukraine.

“There are no NATO combat troops, no NATO troops at all inside Ukraine. We have made it clear that we don’t have any plans and intention of deploying NATO troops to Ukraine,” the alliance boss said.

He did not elaborate on the “defensive plans” beyond saying that they “cover the whole east of our alliance” which “give our military commanders some more authority within politically defined guidelines.”

Stoltenberg noted that the deployment would include part of NATO’s 40,000 strong rapid reaction force, including a highly prepared unit of 7,000 personnel, most of them French, and an air wing under French command.

Earlier on Thursday, Russia launched a serious military attack against Ukraine. The move came days after Moscow formally recognized the independence of the Donetsk and Lugansk breakaway republics in the Donbass, alleging Kiev failed in its obligations under the Minsk agreements struck in 2014 and 2015 to resolve conflict between separatists and the Ukrainian government.