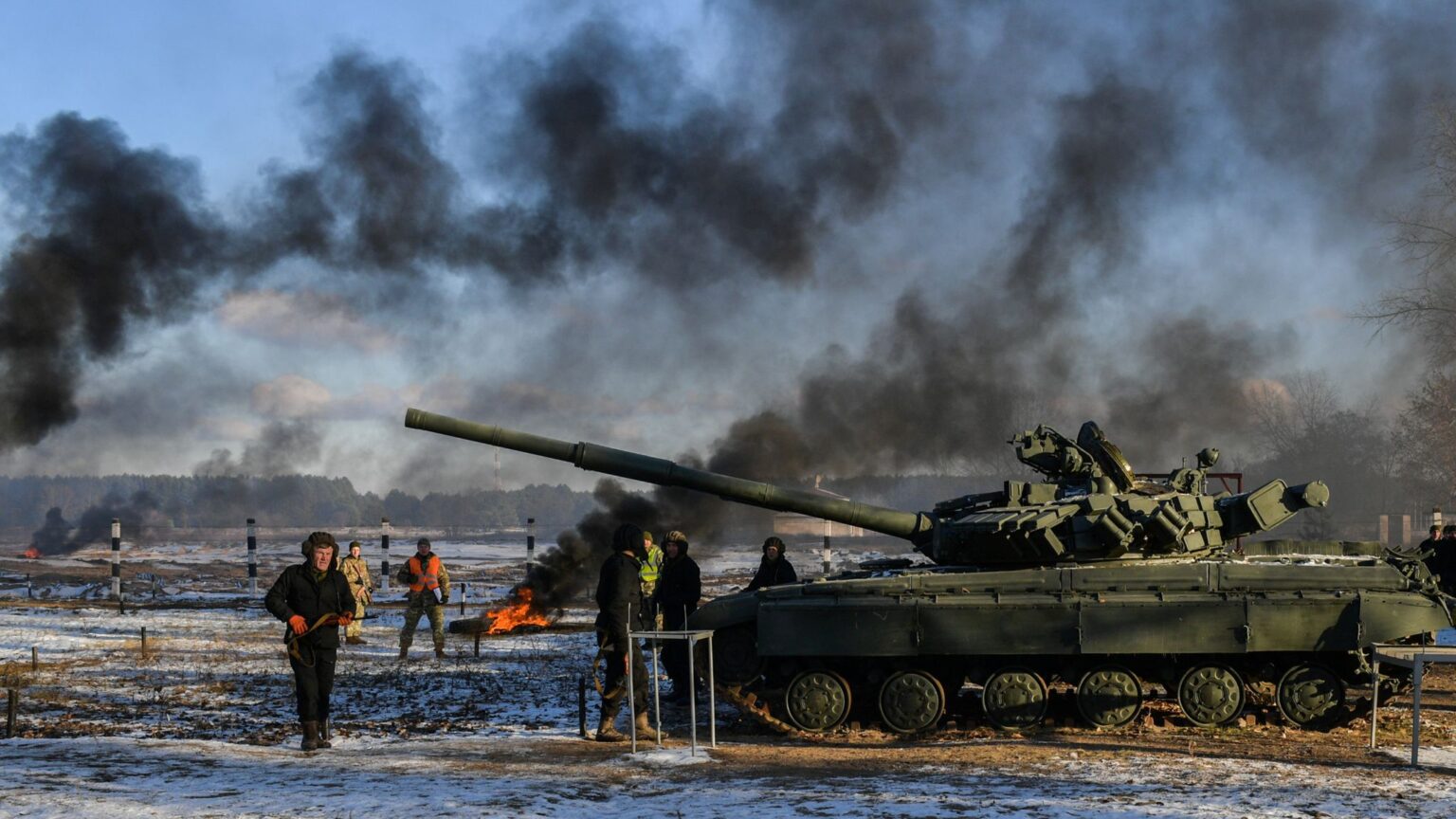 Russian military forces have entered Ukraine from several directions including Chernihiv, Kharkiv and Luhansk regions.  Strikes on the military airport just outside of Kyiv, the capital, have been reported, and Ukrainian civilians have been sheltering in underground bunkers in the capital.

President Vladimir Putin of Russia has asked the Ukrainian Army to lay down their weapons, while the Ukrainian President Volodymyr Zelenskyy has called for a state of emergency and instituted martial law.

The war began today, but has been brewing since January 10, when Russian and American officials met in Geneva to discuss the Russian national security demands, but the legitimate demands laid out by Russia were not even considered.  Negotiations for a peaceful solution were never considered by the US-NATO side.  Negotiations are a game of give and take, the US-NATO side was all take, and no give.

The US exerts a tremendous amount of power over the entire world, whether the countries under its thumb like it or not.  The role of the sole world super power was taken on by choice by the US.  Without any democratic vote, the globe feels the military and financial threat of the US. The political analysts who speak on behalf of the US, point to the end of WW2 in Europe, and the need to keep Europe as a ‘Liberal Democracy’.  The US, EU and NATO are all political groups all committed to establishing ‘Liberal Democracy’ globally.  But, what about those countries in the world which have a different system and different values?  They are targeted for ‘regime change’ at the barrel of a gun.  Military operations set to look like a popular uprising, but funded by those Western Liberal Democracies.  Think back to the former Yugoslavia, Afghanistan, Iraq, Libya and Syria.  In each case it was a US-NATO war machine which destroyed each country, and all but the former Yugoslavia have never yet recovered.

Russia knows it can either establish a secure national security plan on its own, or face a US-NATO sponsored attack for regime change later.  The Ukrainian President even asked for nuclear missiles to be placed in Ukraine, just minutes from Moscow as a target.

NATO has been establishing troops and weapons along the border of Russia, and this is what Russia has objected to.  There is no country on earth which would allow a military group, with a long history of attacking and invading other countries, to establish missiles all along its border with the missiles pointed at its capital.

On February 21, President Putin recognized Donesk and Luhansk as independent entities, and ordered the Russian military to maintain the peace there. The Ukrainian Army has been attacking the people living in those areas for years, and has used Neo-Nazi paramilitary groups to do so.

On February 15, President Putin said the West needed to consider the security demands of Russia, and he was willing to de-escalate tensions over Ukraine.

On February 12, Presidents Biden and Putin held talks via video conference, and Russia made demands that Ukraine be prohibited from joining NATO and that NATO must pull back forces from his borders in Eastern Europe.

On February 10, UK Foreign Secretary Liz Truss and Russian Foreign Minister Sergey Lavrov hold talks where Lavrov described the meeting as “a conversation between a mute and a deaf person”. He added that the information his team presented was not even considered.

On January 27, China backs Russia’s position and tells the US that Moscow’s “legitimate security concerns” should be “taken seriously”. China’s leader Xi Jinping has close ties with Russia and Putin. China’s ministry of foreign affairs has condemned the US and allies, accusing them of fanning tensions and inciting war. Chinese state media spokeswoman Hua Chunying has said, “When the US drove five waves of NATO expansion eastward all the way to Russia’s doorstep and deployed advanced offensive strategic weapons in breach of its assurances to Russia, did it ever think about the consequences of pushing a big country to the wall?”

On January 10, US and Russian officials met in Geneva for diplomatic talks but Washington said it will not accept Moscow’s security demands. It is in that meeting that the war began.  When one side refuses to consider the national security needs of another country, and decides only their own wishes and demands take precedence over all others, the line of negotiations and communications is dead.  One side is talking, and the other side has hung up the phone.

EU leaders are to discuss imposing “massive and severe consequences on Russia for its action” at a summit on tonight.

Early this morning, President Putin gave a televised speech in which he said the two self-proclaimed “people’s republics” of Donetsk and Luhansk, in the breakaway Ukrainian region of Donbas, which he had officially recognized as independent less than two days before, had “turned to Russia with a request for help,” he said. To answer that call he was launching a “special military operation.” Its purpose: to “demilitarize” and “denazifiy” Ukraine. He added, “Whoever tries to interfere with us, and even more so, to create threats for our country, for our people, should know that Russia’s response will be immediate and will lead you to such consequences that you have never experienced in your history.”

Now all eyes will be on what position Turkey will take. Turkey has extremely strong relations with both Kyiv and Moscow, and President Erdogan said before speaking with Putin on the phone on Wednesday that Turkey could not abandon its ties with Russia or Ukraine as he criticized Western diplomatic efforts with Moscow for failing. Turkey has been characterized as the most Kremlin-friendly of the 30 NATO member states.

However, Erdogan has already taken a position against Putin.  In a TV broadcast he said, “Turkey supports Ukraine’s battle to protect its territorial integrity.”  Putin will have heard that message loud and clear and may be planning a response to Erdogan. Ukraine’s ambassador to Ankara, Vasyl Bodnar, said NATO member Turkey should not remain impartial in the conflict, and he urged it to close the Bosphorus and Dardanelles straits to Russian ships. Under a 1936 pact, Ankara has control over the straits and can limit the passage of warships during wartime or if threatened.

If Erdogan gives the order to shut his waterways, it may be the end for Turkey in their occupation of Syria.  Turkey and Russia have an understanding in Idlib and the North East of Syria.  That understanding may be shattered by Turkey’s decisions made to bet on NATO and against Russia.  As a result, we might see a military strike on Turkish positions in the Al Qaeda fortified Idlib, and in the border areas of the far North East.  Erdogan might be a big loser in Syria as a result of his anti-Russian position in Ukraine.