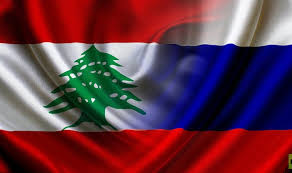 The Lebanese foreign ministry’s statement condemning Russian military operation in Ukraine surprised Russia’s embassy in Lebanon, according to a statement posted on its Facebook page.

“The statement… surprised us by violating the policy of dissociation and by taking one side against another in these events, noting that Russia spared no effort in contributing to the advancement and stability of the Lebanese Republic,” the statement read.

The statement added that “the basis of the Russian Federation’s policy is not the policy of encroaching on Ukrainian interests, but rather to preserve Russian national security due to the threats posed by the Kiev government after it disavowed the implementation of many agreements, especially the Minsk Agreement.”

“Russia did not launch a war, but rather a special operation aimed at protecting Russian citizens, at the request of the Donetsk and Lugansk republics after the recognition of their independence by Russian President Vladimir Putin,” it added.

The statement has also stressed that “Russia always seeks to establish peace, enhance security, and fight all forms of aggression, and that every country has the right to protect its national security, including the protection of its citizens.”

On his account, Hezbollah nominated Lebanese Minister Mustafa Bayram said “the statement of the Lebanese Foreign Ministry was issued in violation of the principle of neutrality and bears repercussions of dangerous proportions for Lebanon.”

It is worth mentioning that Lebanon’s Foreign Ministry condemned, on Thursday, Russia’s military operation in Ukraine and called for an immediate withdrawal of Russian forces from the neighboring country.

The Russian president Vladimir Putin authorized a special military operation in Donbass, stressing that the Russian forces do not have any intention to occupy Ukraine; however, it will defend itself against Ukrainian forces if it must.