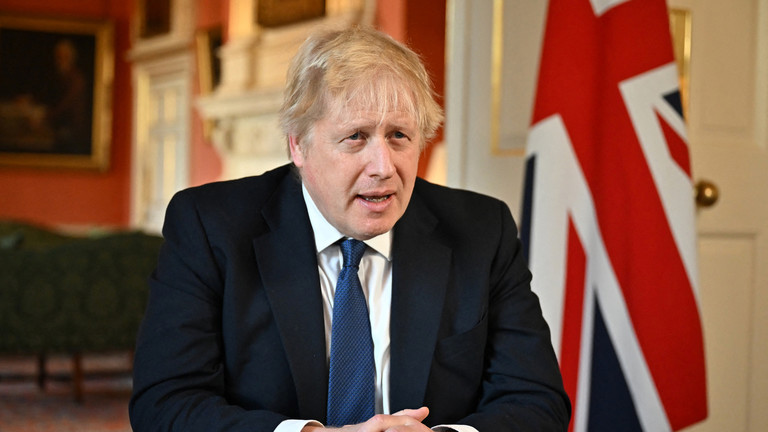 British urged Moscow to stop the “needless and bloody war”

UK Prime Minister Boris Johnson released a message on Friday night urging Russia to halt its military operation against Ukraine. Moscow argued that it attacked its neighbor in order to protect the people in the Donbass republics against the Ukrainian Army.

“The people of the United Kingdom stand with our Ukrainian brothers and sisters in the face of this unjustifiable assault on your homeland,” Johnson said, adding he was in close contact with Ukrainian President Volodymyr Zelensky.

The British PM also said “Slava Ukraini” (Glory to Ukraine), a slogan which was used by Ukrainians fighting for independence shortly after the 1917 Russian Revolution, and then co-opted by nationalists who collaborated with Nazi Germany during World War II. In modern Ukraine, it has become a broader expression of patriotism and pledge of loyalty to the country.

“This is a tragedy for Ukraine, and so too is it a tragedy of Russia,” Johnson said, blasting Moscow for “a needless and bloody war.”

Johnson addressed the Russian public in Russian: “I do not believe this war is in your name.” The PM called for the Russian attack to end and briefly switched to Ukrainian, saying: “The world needs a free and sovereign Ukraine.”

Johnson made his statement hours after Russia said its troops seized an airfield near Kiev, blockading the Ukrainian capital from the west, and continued to destroy radars and other military targets across the country.

Ukraine did not confirm the loss of the airfield, reporting heavy fighting in the area, as well as firefights in the suburbs of Kiev. Ukrainian armored units were deployed on the streets of the city, bracing for a Russian assault.

The Russian operation in Ukraine is taking place after reports of heavy shelling along the line separating the Ukrainian Army from the Donetsk and Lugansk People’s Republics (DPR and LPR), with both sides accusing each other of ceasefire violations. On Monday, Russia recognized the independence of the two republics which unilaterally broke off from Ukraine following the 2014 coup in Kiev. Moscow explained the move by what it said was Kiev’s inability to implement the 2014-15 ceasefire agreements.

The DPR and LPR accused Ukraine of planning a full-blown assault against them and asked Russia for protection. Kiev denied plans to retake the regions by force. It said the Russian attack, which began early Thursday morning, was entirely unprovoked, and appealed to the international community for help.

Russian President Vladimir Putin insisted that Moscow does not plan on “occupying Ukrainian land.” However, announcing the campaign in Ukraine on Thursday, he said he was seeking the “demilitarization and denazification” of the country, without specifying what he meant.

On Friday, Putin urged the Ukrainian military to “take power into their own hands,” arguing that it would be easier to negotiate with them rather than with the government in Kiev.

Zelensky released a video on Saturday morning, denying that Ukrainian troops were laying down arms. “We will defend our country. Our weapon is the truth, and our truth is that it’s our land, our homeland, our children,” Zelensky said.

The US, Britain, and the EU have all slapped more sanctions on Russia, hitting its banks and the largest airline, among other entities. They banned Putin and Russian Foreign Minister Sergey Lavrov from holding assets abroad.