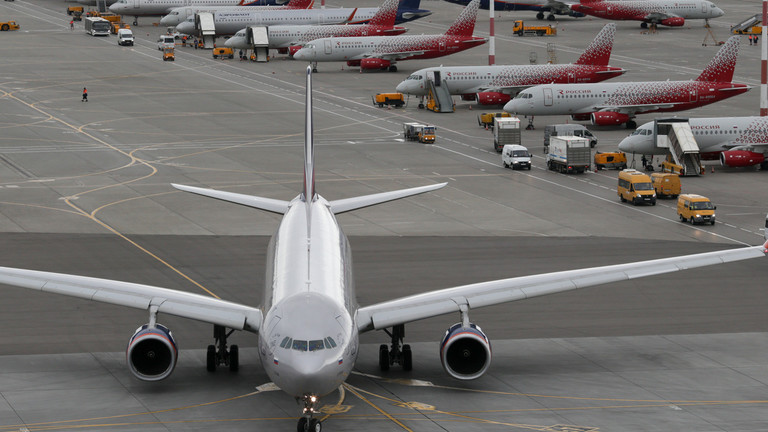 Russia shut down its airspace for passenger airlines owned by or registered in Poland, the Czech Republic, and Bulgaria on Saturday after the three European countries banned Russian flights over their territory, citing conflict in Ukraine as the reason. The ban takes effect from 3pm Moscow time, Russia’s state aviation agency said, citing “unfriendly decisions” by Warsaw, Prague, and Sofia.

Estonia and Latvia also announced on Saturday that they are closing their airspace to Russian planes. However, Moscow’s retaliatory move on them is yet to be announced.

Several European countries closed their airspace to Russian carriers in solidarity with Ukraine. Russia launched a military operation against its neighbor early Thursday morning, claiming it was necessary to defend the people in the Donetsk and Lugansk People’s Republics (DPR and LPR). Ukraine said the attack was entirely unprovoked.

The UK banned flights by Aeroflot, Russia’s flagship carrier, over its territory on Friday, and later unveiled a ban on Russian private jets. Moscow responded the same day, barring UK airlines from its airspace.