Home Politics Beijing blasts US over Ukraine crisis, tells Washington to ‘ask itself’ who’s to blame for disaster US President Joe Biden warned Thursday that any nation that doesn’t condemn Moscow’s military operation in Ukraine would be “stained by association.” On Friday, US media reported that US officials had held six urgent meetings with senior Chinese officials to try to force Beijing to pressure Russia into changing course.
The United States should “ask itself” who is to blame for the Ukraine crisis, Chinese Foreign Ministry spokesman Zhao Lijian has suggested.

“The US should ask itself who’s the one that started all this?” Zhao tweeted, accompanying his post with photo of Uncle Sam pouring fuel on a Ukraine in flames while asking “Why can’t China do more to help put out the fire?”

“Never forget who’s the real threat to the world,” the Chinese Embassy in Russia wrote in a separate tweet accompanied by a “USA Bombing List: The Democracy World Tour” graphic showing over 30 countries bombed by the US from the 1950s to the present.
The graphic, first posted by Zhao, was shared and reposted by multiple Chinese missions and officials.
The Embassy blamed the US for “the current tensions around Ukraine,” suggesting that “if someone continues to pour oil on the flame while accusing others of not doing their best to put out the fire, that type of behaviour is clearly irresponsible and immoral.”
On Saturday, a US official told reporters that Washington expects Beijing to respect the new restrictions put in place against Russia by the US and its allies.
“The latest time suggests that China’s not coming to the rescue,” the official said in a conference call. “I think it was reported…that China was actually restricting some of its banks from providing credit to facilitate energy purchases from Russia, which suggests that much like has been the pattern for years and years, China has tended to respect the force of US sanctions.”
The US official’s comments followed a report by Bloomberg that “at least two” major Chinese state-owned banks had restricted financing for purchases of Russian commodities, presumably due to the danger of facing secondary US restrictions.
In a press conference Thursday, President Biden warned China and others that countries that failed to condemn Russia’s military operation in Ukraine would be “stained by association.”
Chinese Foreign Ministry spokesman Wang Wenbin responded Friday, telling reporters that it was countries which have interfered in the domestic affairs others that would see their reputations “stained.”

Russia launched what President Vladimir Putin referred to as a “special military operation” in Ukraine on Thursday aimed at “demilitarizing and denazifying” the country and protecting Russia’s Donetsk and Lugansk People’s Republic allies. The operation, which the US and NATO blasted as an act of unprovoked “aggression,” was put on hold Friday afternoon after Kiev announced readiness to talk, but resumed Saturday after Kiev suggested that it would “dictate” the course of the negotiations. A Russian delegation arrived in Gomel, Belarus on Sunday and will be “waiting for the Ukrainians” until 3 pm local time, Kremlin spokesman Dmitry Peskov has said.

The dramatic escalation of the situation in Ukraine this week is the culmination of a years-old security crisis that enveloped the region after a violent, US and EU-backed coup in Kiev in February 2014, which festered in the form of a long-running civil war in the country’s east. 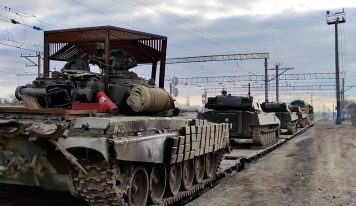 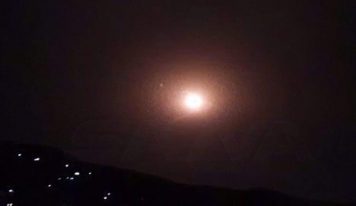 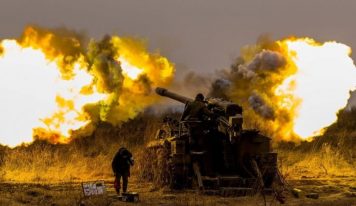