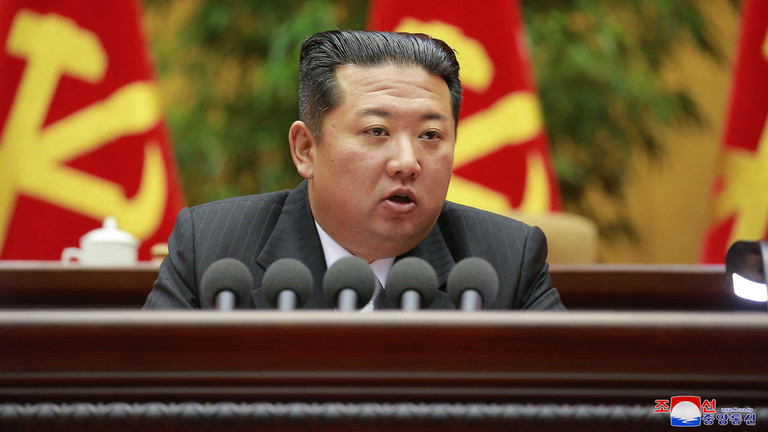 North Korea’s Foreign Ministry has defended Russia and blamed the United States’ behavior as the “root cause” of the conflict in Ukraine, in its first official response to Moscow’s ongoing military offensive.

“The root cause of the Ukrainian crisis also lies in the high-handedness and arbitrariness of the US,” a commentary posted to North Korea’s Foreign Ministry website on Saturday reads.

The statement argues that Washington has pursued “military supremacy in disregard of the legitimate demand of Russia for its security.”

It accuses the US of unjustifiably interfering in the internal affairs of other nations without regard for “peace and stability” and ignoring self-defense measures taken by other nations, including Russia. “It is arrogance and double standards,” the statement reads.

Russia launched its offensive in Ukraine on February 24, claiming it was the only remaining option to avoid coming under threat by NATO from Ukrainian territory.

President Vladimir Putin said the goal was the demilitarization and “denazification” of Ukraine, but Kiev maintains the attack was unjustified and unprovoked.

Moscow’s push into Ukraine prompted immediate outcry in the West and triggered a spate of new sanctions designed to cripple Russia’s economy and directly target Putin and other top Russian officials.

China, North Korea’s closest ally, has also pointed the finger at Washington and its allies in recent days, accusing them of “hyping up” the situation and “pouring oil on the flames” in Ukraine.

Beijing has condemned sanctions against Russia as an ineffective solution and called on the West to address Moscow’s “legitimate” security concerns in the region. China also lifted import restrictions on Russian wheat deliveries in what could be a lifeline to the Russian economy in the face of Western sanctions.

On Sunday morning, South Korea said that the North had fired a projectile eastward that could be a ballistic missile. It would be Pyongyang’s eighth missile test this year and first since it paused launches during the Beijing Winter Olympics. It came shortly after Chinese President Xi Jinping promised to strengthen “friendship and cooperation” under the “new situation” — though it was unclear if Xi was referring to the conflict in Ukraine.