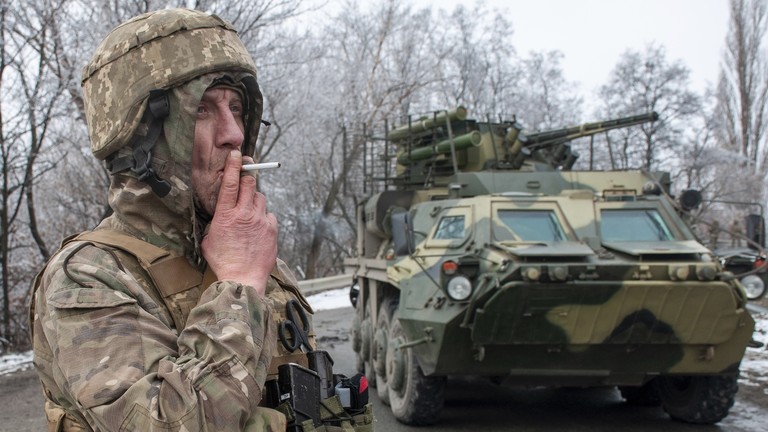 Ukrainian President Volodymyr Zelensky has announced the creation of the International Legion of Territorial Defense of Ukraine, which will enlist foreigners who want to fight for the country against Russia.

On Sunday, Zelensky addressed the citizens of foreign countries, saying Russia’s offensive is not just an invasion of Ukraine, but the “beginning of a war against Europe.”
Therefore, he said that anyone who wants to join the fight and “stand side by side” with Ukrainians was welcome to do so.

Joining would be “key evidence” of support for Ukraine, he added.

Since Russia launched its offensive, NATO member states have promised to supply weapons to Ukraine. However, the bloc announced that it has no plans to send troops – leading Zelensky to claim that Ukraine was left to defend itself “alone.”

Russian President Vladimir Putin explained the launch of the military operation by the urgent necessity to “demilitarize Ukraine,” to protect the republics of Donbass and to ensure that Russia would not be placed under threat by NATO from Ukrainian territory. The West has responded to the offensive by imposing tough new sanctions on Russia.