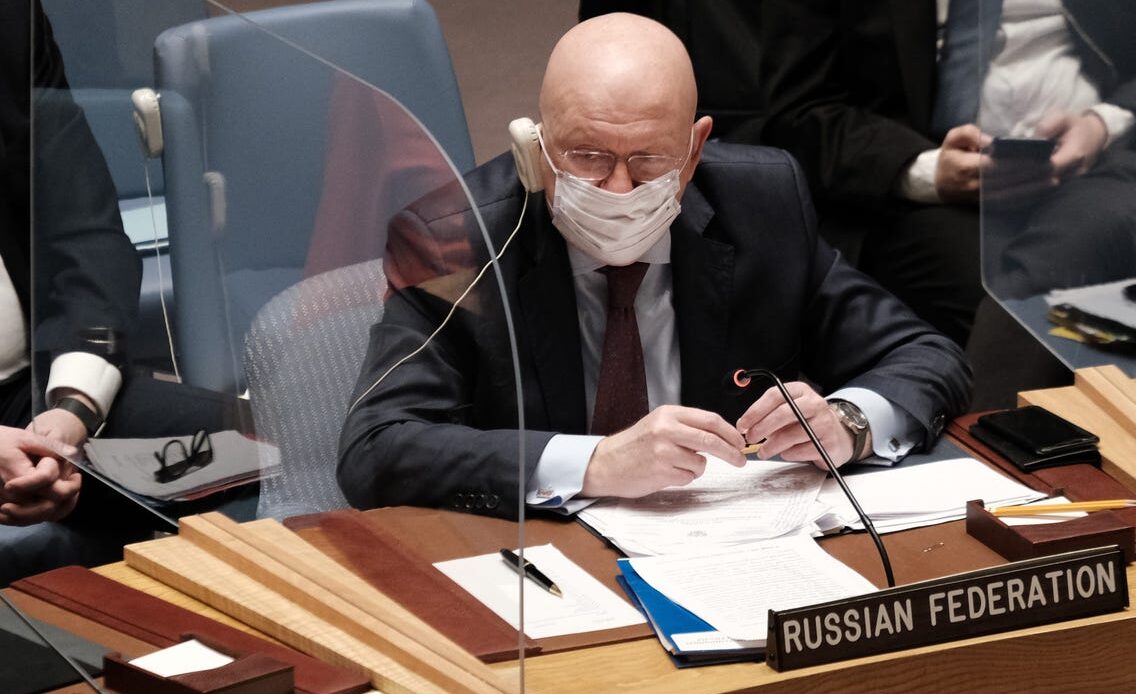 The Russian army and Donbass militia forces began a military operation in Ukraine on Thursday after months of escalation and weeks of artillery, mortar and sniper attacks by Ukrainian forces in the Donbass conflict zone. The US and its allies responded by slapping Russia with new sanctions and promising to send over $1 billion more in arms to Kiev.

Moscow has no plans to “occupy” Ukraine, and Russian forces do not pose any threat to Ukrainian civilians or civilian infrastructure, Vasily Nebenzya, Russia’s permanent representative to the United Nations, has said.
“The occupation of Ukraine is not part of our plans. The purpose of this special operation is to protect people who have been subjected to abuse and genocide by the Kiev regime for eight years. For this, it is necessary to demilitarise and denazify Ukraine,” Nebenzya said, speaking at an emergency session of the UN General Assembly on Monday.
“We will also strive to bring to justice those who committed numerous and bloody crimes against civilians, including citizens of the Russian Federation,” the envoy said.
According to Nebenzya, Russia’s military operation included exercising its right to self-defence “against a regime which has sought to restore access to nuclear weapons” -a reference to Ukrainian President Volodymyr Zelensky’s remarks at the Munich Security Conference on 19 February, in which he threatened to revise Kiev’s non-nuclear status.
“I wish to focus on the real reasons for the crisis that has emerged, and its possible consequences. I want to emphasize the following: the root for the current crisis lies in the actions of Ukraine itself. For many years, it sabotaged and flouted its obligations under the Minsk package of measures,” Nebenzya said, referring to the 2015 Minsk Agreements on peace in the Donbass.
The Russian ambassador also commented on Washington and NATO’s roles in escalating the Ukrainian conflict, saying that “the deployment of NATO infrastructure in [Ukraine] would force us to take such retaliatory measures that would put Russia and NATO on the brink of conflict.”