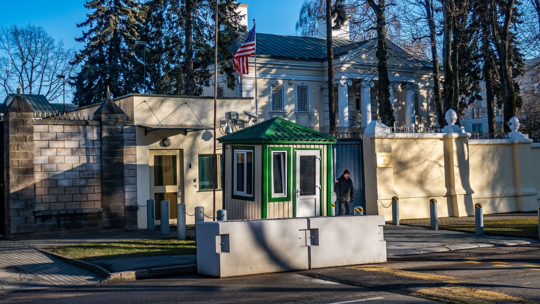 Secretary of State Antony Blinken announced on Monday the full suspension of operations at the US embassy in Belarus. He also said US diplomats in Russia were authorized by the department to leave the country, with only essential personnel staying behind.

“We took these steps due to security and safety issues stemming from the unprovoked and unjustified attack by Russian military forces in Ukraine,” the US official said.

The department said it had “no higher priority than the safety and security of US citizens,” including its employees and their families.

The embassy in Moscow earlier advised US citizens to “immediately” leave Russia citing an escalating transport decoupling between Russia and Western nations. The warning said Americans should not travel to Russia, citing “potential for harassment against US citizens” and the embassy’s limited ability to provide them assistance.

The EU announced on Sunday that it will not allow Russian passenger planes into its airspace, while Russia previously imposed tit-for-tat restrictions on individual members of the bloc and on Britain, which imposed flight bans of their own accord.