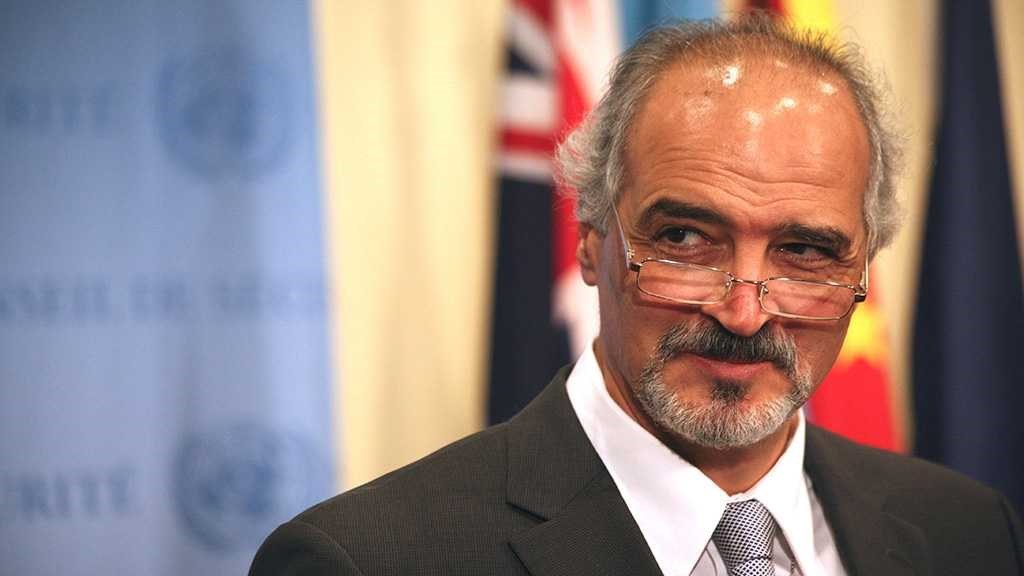 Al-Jaafari: The US could be sending ISIS to Ukraine

Syrian Deputy FM contends that there is evidence that the US is transferring extremist militants from one place to another.

In the wake of reactionary forces (including a neo-Nazi battalion and possible Israeli mercenaries) fighting Russia in Ukraine, Syrian deputy foreign minister, Bashar Al-Jaafari, told Sputnik that there may be a possibility that US special services could be sending ISIS members and Jabhat Al-Nusra (Al-Nusra Front) soldiers to Ukraine.

On Sunday, Syria’s Foreign Ministry strongly condemned Sunday “The hysterical escalation campaigns of the US and the West” against Russia, a ministry source told Syrian news agency SANA.

The source pointed out that “The Syrian Arab Republic affirms that Russia has the full right to defend itself and keep imminent danger away from its people in the face of attempts by the West and the United States to threaten its national security and target its stability.”

“Based on the analysis, we can say that this is quite possibly true. We, as a state, have evidence that the US military in Syria is transferring terrorists from one place to another, especially members of the IS and Jabhat al-Nusra [terrorist group banned in Russia],” Jaafari said.

The Syrian official said that previously, the US had deployed terrorists from Syria to Afghanistan and Burkina-Faso, and that Washington’s use of mercenaries is a well-established practice – according to Al-Jaafari, no one should be surprised.

“So one should not be surprised, and we do not exclude, that tomorrow IS terrorists will be sent to Ukraine,” Jaafari said.

Western states, for a long time, have been supporting far-right groups in Ukraine, according to Al-Jaafari, and that they only received support because they are against Russia.

“Many years later [after WWII] people appeared tho [sic] declared their readiness to support the neo-Nazis in Ukraine. But they received the support of these countries and the support of the special services only because they are against Russia. The West will not hesitate to arm the devil against Russia if it is in their interests,” Al-Jaafari told Sputnik.

Zelensky is being used as a pawn of the West

Ukrainian President Volodymyr Zelensky, according to Al-Jaafari, is not a politician: the West created this political figure and uses him as a pawn in its strategic interests: “My personal opinion is that Zelensky does not come from a traditional political institution … His political career is the result of a coup against [former Ukrainian] President [Petro] Poroshenko … Zelensky is being used as a pawn of the West in strategic interests, and [the West] is now undermining his reputation by drawing him into a conflict with Russia. In this vein, we heard his call to exclude Russia from the UN Security Council, as if we were in an animated film,” Al-Jaafari said.

The diplomat recalled that the United Nations Security Council was created on values of international understanding after WWII, and it was created by countries that defeated fascism, including Russia. The Soviet army seized Berlin, which was in the chokehold of Nazis.

“No one has the right to belittle Russia’s role in international balance and maintaining peace and stability. Imagine if there were no Russia and China in the UN Security Council, how many wars and interventions there would be,” Al-Jaafari added.

Syria will counteract the sanctions with Russia

“The UN Security Council was originally created to prevent wars in the world. If a country like Russia is excluded, what role will this organization have? The exclusion of Russia from the Security Council will prevent the council itself from [playing] any role in the world,” said Luna Al-Shibl, top Syrian diplomat on Monday.

“And the exclusion of Russia comes in the context of the weakening of this council,” she said.

The top Syrian diplomat added that Syria intends to work with Russia to deal with the repercussions of the sanctions imposed by the US and its allies.

When asked whether Syria will counteract the sanctions jointly with Russia and Belarus, she responded by saying: “of course, Russia has backed us, and we will undoubtedly back it.”