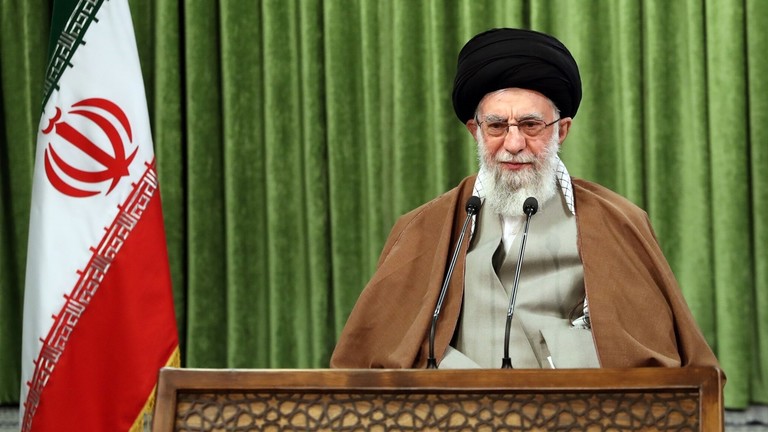 The supreme leader of Iran, Ayatollah Khamenei, claims that Ukraine fell victim to American policies aimed at creating crises around the globe. Khamenei cited Washington’s influence as the “root cause” of the current military conflict in Ukraine.

In a series of statements published on Tuesday both by Iranian media and on the supreme leader’s Twitter page, Khamenei said the “US dragged Ukraine to where it is now.”

Among Washington’s actions that he thinks led to the military confrontation with Russia were America’s alleged interference in the Eastern European nation’s “internal affairs” in the form of “creating color revolutions and toppling one government and putting another in power.”

Khamenei noted that Iran “supports ending the war in Ukraine.”

Iran’s supreme leader also said the latest dramatic events in Ukraine should serve as an important lesson to other countries. One of the two key conclusions that can be drawn according to Khamenei is that America and Europe’s support for other countries is just a “mirage and not real.” The cleric went on to liken “today’s Ukraine” to “yesterday’s Afghanistan,” in that both nations were “left alone” by the US and Western governments.

For years now, Iran has been languishing under sweeping sanctions imposed by the US and its Western allies, mostly over its nuclear program. Russia has now also been targeted with a raft of unprecedented sanctions by the US, EU, Canada, and several allies in Asia. The punitive measures came in response to Russia launching a military offensive in Ukraine on February 24, which, according to President Vladimir Putin, is not an attempt to occupy the country, but rather to “demilitarize and denazify” it. Ukraine and its allies, however, see these claims as a mere pretext for an “unprovoked” invasion.