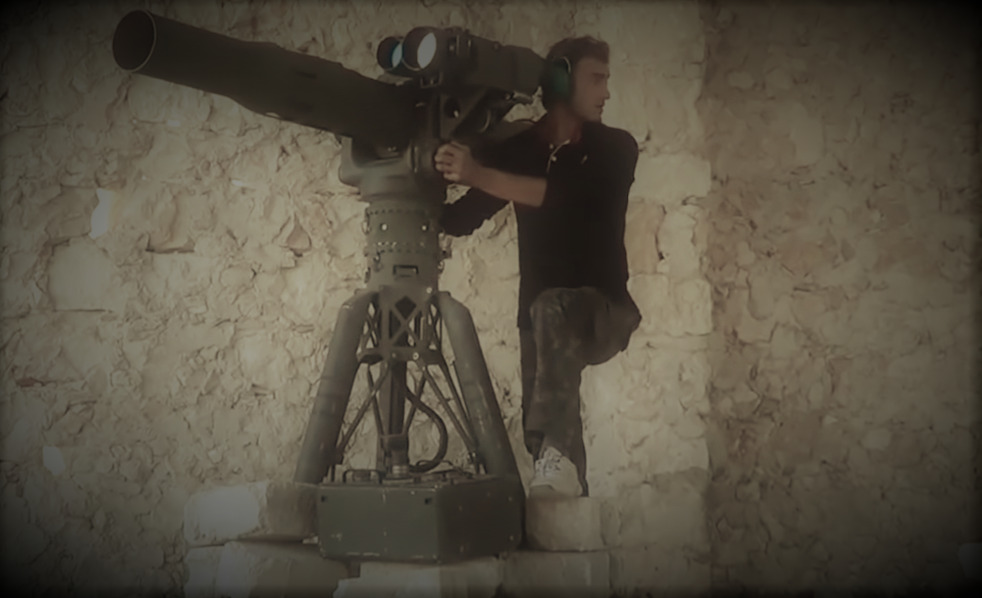 An infamous tank hunter of Turkish-backed forces in Syria is reportedly attempting to travel to Ukraine to fight Russian forces there.

The militant, Suheil al-Hammoud, first expressed his desire to fight in Ukraine on February 25, just a day after the beginning of the Russian special military operation which is meant to “demilitarize” and “denazify” the country. In a tweet, al-Hammoud asked his follower on Twitter how he could get to Ukraine to fight the Russians.

Later, al-Hammoud, who claims to be the best TOW anti-tank guided missile (ATGM) operator in Syria, announced that he was in contact with the Ukrainian embassy in Turkey.

In an interview with al-Aan journalist Jenan Mousa on March 2, al-Hammoud stressed again that he serious about his offer to go fight Russian forces in Ukraine.

Al-Hammoud, also known by his nom de guerre “Abu Tow,” was a senior commander in the Hazzm Movement, a US-backed group that was active in northern Syria. The group was dissolved in 2015 after a confrontation with the al-Nusra Front, now rebranded as Hay’at Tahrir al-Sham.

After the dismissal of Hazzm, al-Hammoud joined the ranks of Turkey’s main proxy in Syria, the so-called Syrian National Army (SNA). He became a TOW ATGM operator for the SNA, targeting both Syrian government forces and Kurdish forces.

Al-Hammoud claims that he has destroyed 146 targets with TOW ATGMs since the beginning of his career as an anti-government militant. The last target to be destroyed by al-Hammoud on March 1 was a position of the US-backed, Kurdish-led Syrian Democratic Forces in the northern countryside of Syria’s Aleppo.

While al-Hammoud claims that he wants to “volunteer” to fight Russian forces in Ukraine, recent reports revealed a plot to send militants from Syria to support the forces of Kiev government. A Ukraine-based Syrian drug kingpin with links to al-Qaeda known as Tariq al-Jasim will reportedly lead the efforts to move militants from Syria to Ukraine.

The Russian military may move to neutralize Turkish-backed Syrian militants planning to leave to Ukraine on Syria territory, where it maintains a large and capable force.