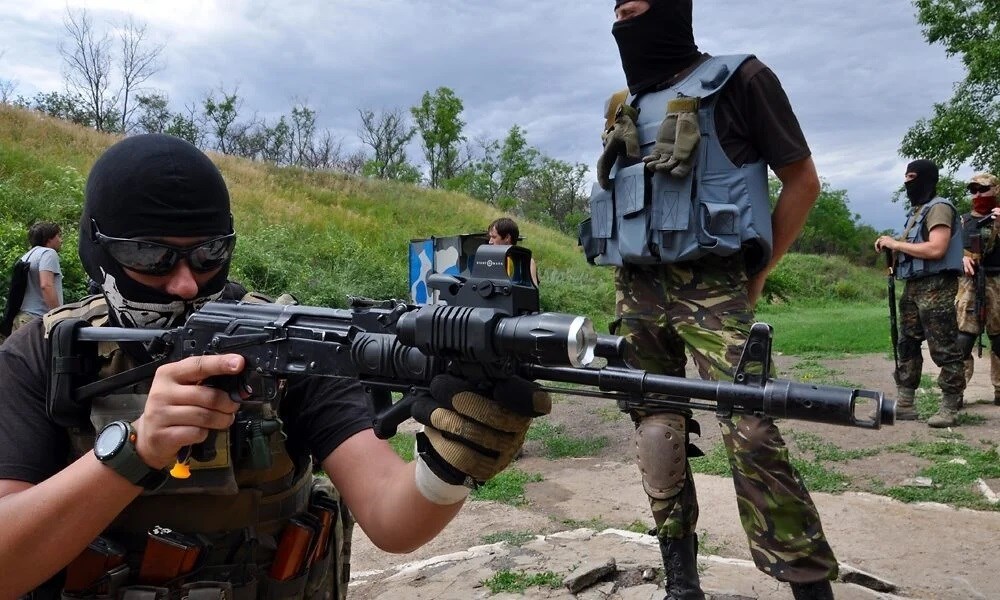 Ukraine is meeting the first “foreign volunteers” who are on their way to the country to “protect its freedom”, says Volodymyr Zelensky.

The Ukrainian armed forces are currently in the process of setting up a “foreign legion unit”.

Ukraine’s President, Volodymyr Zelensky, has stated that 16,000 foreign mercenaries will fight for the country.

In a video message on Thursday, he claimed that “Ukraine is meeting the first foreign volunteers” who are on their way to the country to “protect its freedom.”

Zelensky’s remarks came after the Japanese newspaper Mainichi quoted an unnamed source as saying that approximately 70 Japanese volunteers are set to join the ranks of mercenaries in Ukraine’s “foreign legion.”

According to the same source, the volunteers include 50 former members of the Japan Self-Defense Forces.

The Ukrainian President added that “anyone who wants to join the defense of Ukraine, Europe, and the world” should “come and fight side by side with Ukrainians” against the Russian military. As the Ukrainian armed forces are currently in the process of setting up a “foreign legion unit” for international volunteers.

On Wednesday, Zelensky, himself Jewish, attempted to mobilize the Jewish population around the world to fight in his war.

“I am now addressing all the Jews of the world. Don’t you see what is happening? That is why it is very important that millions of Jews around the world not remain silent right now,” he said. “Nazism is born in silence. So shout about killings of civilians. Shout about the murders of Ukrainians.”

Meanwhile, an openly neo-Nazi Azov battalion looms in the background, away from the media spotlight.

Ukraine’s president’s call for Jewish support is not mutually exclusive from his invitation for Israelis to fight in Ukraine.

Zelensky has for long been counting on NATO’s military efforts and support for a war against Russia – but no European state nor the US wants a direct military confrontation with Russia.