Home Politics Mass grave in Mariupol: Who may be buried there and why 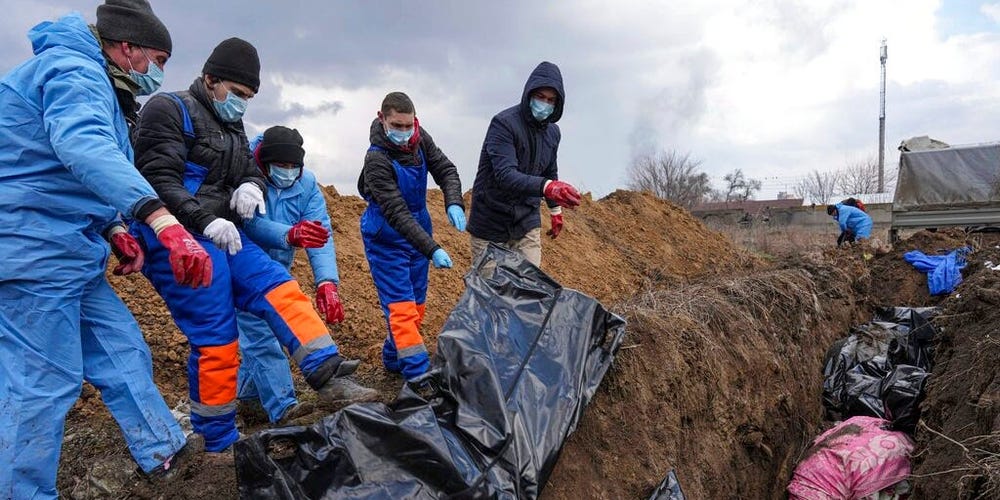 An official representative of the DPR said at an urgent briefing on the morning of 16 March that information had been received from various sources that another falsification had been carried out by the Ukrainian leadership in the city of Mariupol.

This time, the office of the Ukrainian President set the task for the Ukrainian armed forces’ command to discredit the actions of the Russian forces by showing the Western public the mass graves of civilians allegedly killed as a result of artillery shelling and air strikes during the Russian military operation.

To this end, between 6 and 11 March, engineering works were carried out on the territory of the old city cemetery in Mariupol to construct a trench more than two metres deep and more than 100 metres long. It was envisaged to bury the remains of Ukrainian servicemen and nationalists who had died in the fighting as evidence of mass civilian deaths.

According to the scenario, servicemen of the 72nd Centre for Information and Psychological Operations of the AFU Special Operations Forces carried out staged photo and video shooting of the “Brotherhood Tomb” with a total of up to 1,300 victims.

The fabricated by the Ukrainian side material was distributed to the Western media.

Information about the provocation was apparently received from prisoners of war and civilians.

It is also possible that a similar scenario could be implemented in other Ukrainian cities, where civilians are being forcibly detained by militants of the Ukrainian military and nationalist units.