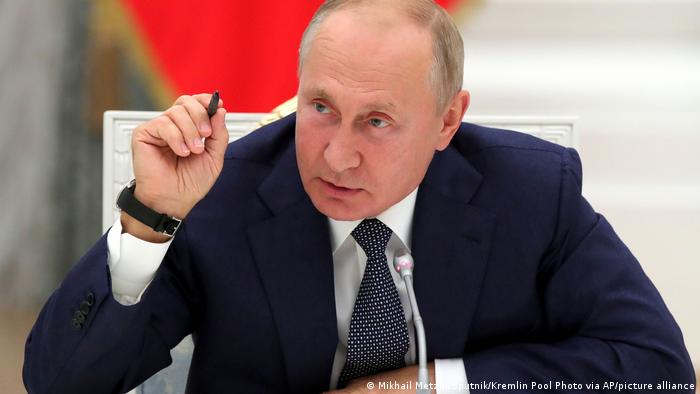 Putin: Pro-Nazi regime in Kiev could get nuclear weapons in foreseeable future to target Russia

In a speech before the Munich Security Conference on 19 February, just days before Russia and its Donbass allies began the military operation in Ukraine, President Volodymyr Zelensky threatened to renounce Kiev’s non-nuclear status.
Ukraine’s desire to create a nuclear weapon constitutes a severe threat to Russia, President Vladimir Putin has said.
“Statements were made by Kiev authorities about their intention to create nuclear weapons and the means to deliver them. This was a real threat. Already in the foreseeable future, with foreign technical assistance, the pro-Nazi regime in Kiev could get its hands on weapons of mass destruction. And the targets of such weapons would of course be Russia,” Putin said at a briefing devoted to the economy on Wednesday.
“A network of dozens of laboratories operated in Ukraine under the direction of and financial support from the Pentagon. Miltiary biological programmes were carried out there, including experiments with samples of the coronavirus, anthrax, cholera, African swine fever and other deadly diseases,” Putin said.
“They are now trying to sweep up the traces of these secret programmes. But we have every reason to believe that in the immediate vicinity of Russia, in Ukraine, components of biological weapons were effectively being created,” Putin added.
Putin suggested that like Moscow’s concerns about Ukraine’s aspirations to join NATO, Russia’s “repeated warnings that such a development of events poses a direct threat to Russia’s security were rejected by Ukraine and their patrons from the US and NATO, and with theatrical and cynical disdain.”

“Thus, all diplomatic possibilities were completely exhausted. We were simply left with no options to peacefully resolve problems which arose through no fault of our own. We were simply forced to launch the special military operation,” Putin added.