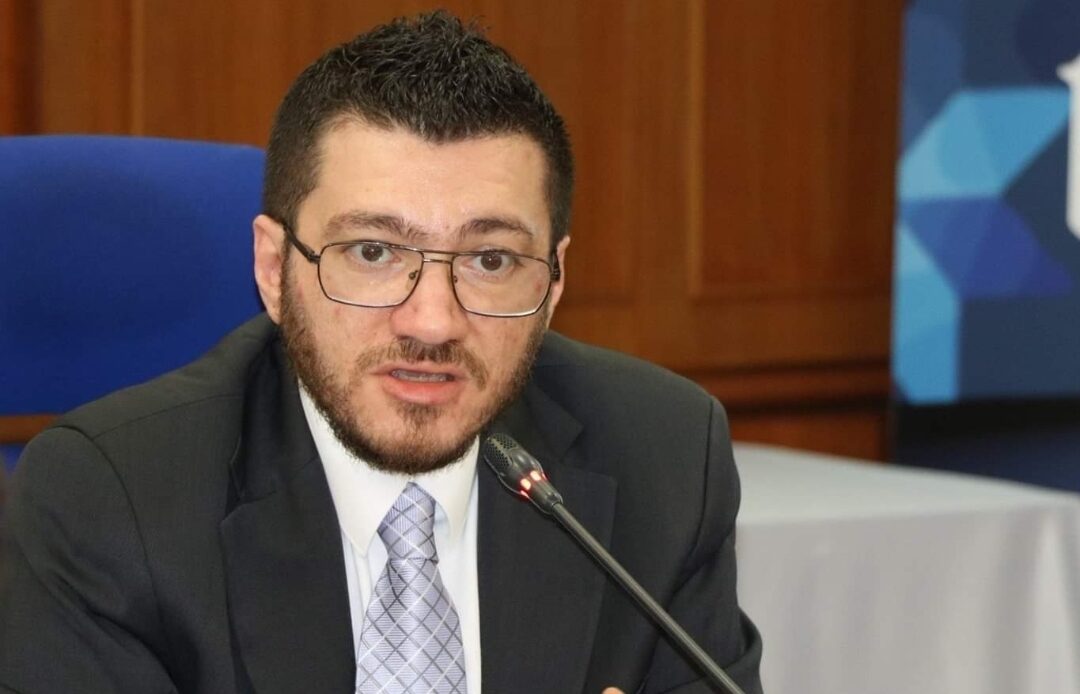 The conflict in Ukraine has divided the world into those who support the US, and those who do not support a superpower in charge of the world.  The Ukraine conflict is pitting the US and their western allies, against other nations who seek a new world order, free of US domination.

Steven Sahiounie of MidEastDiscourse interviewed Ararat Kostanian in an effort to understand the back-story of the events in Ukraine, and the emergence of a new multi-polar world order.

Ararat Kostanian is an expert on Middle Eastern studies and International Relations. He currently works as a Junior Fellow and a PhD candidate at the Institute of Oriental Studies, National Academy of Science of Armenia, and has published essays and articles on Political Islam, Turkey, the Syrian War, and the emergence of multipolar world and on Armenian foreign policy.

1. Steven Sahiounie (SS):  Turkey, Israel, and Azerbaijan seem to be taking a position against Russia, and in support of Ukraine in the current conflict. In your opinion, what might be the Russian response?

Ararat Kostanian (AK):  If we look at the conflicts in Middle East and South Caucasus that preceded the current conflict in Ukraine, it is evident that Turkey, Israel and Azerbaijan are allies both in the imposed war on Syria and against the Armenians in Nagorno Karabakh. Similarly, amid the conflict in Ukraine the above-mentioned countries are supporting Ukraine both officially and publicly, but at the same time showing willingness of mediating between Russia and Ukraine; not to offend Russia and to gain credentials in return both in Middle East and South Caucasus. Historically, Turkey has ambitions for advanced role in the Black Sea and considers Crimea a Turkish land based on the Tatar Turkic population. Thus, that agenda at front, Turkey is willing to reach to Central Asia through Azerbaijan and a bigger role in Crimea would enhance Turkey a foothold in Europe on its way of creating the pan-Turkish empire. Likewise, for Israel, the Jewish community of Ukraine and especially in Odessa has great importance linking the Black Sea with the Mediterranean. Which means it links the Eastern Europe with the Middle East.  On the other hand, Russia for more than a decade, has started an advanced diplomacy with different countries such as Turkey, Israel, Azerbaijan, Saudi Arabia, India etc. We should admit that Russia has achieved positive outcomes in its relations with Saudi Arabia and India in terms of gaining the neutrality of both against the harsh policy of the United States against Russia and its allies. Conversely, it is evident now that the containment policy with Turkey, Israel and Azerbaijan wasn’t successful when Israel is continuing its illegal air attacks in Syria, Turkey joined the war against Nagorno Karabakh that is against the principles of international law. Thus, must form a new policy towards the above-mentioned country and empower its allies against Turkey, Israel and Azerbaijan, instead of containing them through diplomatic maneuvers.

2. SS:  What is Armenia’s position on the conflict in Ukraine, and their relationship with Russia in the past?

AK:  Armenia is a key ally of Russia in the region and has strong political, economic, historical, and cultural ties with Russia. Currently, we have a big and influential community in Russia. Moreover, the Russian base is situated in the city of Gyumri and the Russian peacekeepers are in Nagorno Karabakh safeguarding the Armenians from further attacks by Azerbaijan. Moreover, we have historical relations and Armenian community in Ukraine as well, but politically Armenia supports Russia as an ally and on the other hand Ukraine supported Azerbaijan in the second war in Nagorno Karabakh last year. I should admit that we have also small number that support Ukraine backed by few political figures who see the future of Armenia must be linked with the western camp, but they represent very small portion of the population.

3. SS:  Information has surfaced that the chaos in Kazakhstan was supported by the US and the Muslim Brotherhood. In your opinion, can there be made a comparison between Kazakhstan and Ukraine?

AK:  The comparison is not very accurate, but also it is linked together. The United States intentionally has created hot spots in different parts of the world to pressure Russia, China and Iran. In other words, the emerging superpowers that are willing to form the bi-polar and multipolar world. After the failure of the United States in Afghanistan and the diplomatic success of Russia and China with the Taliban, Kazakhstan being a key country in Central Asia, the Western camp has tried to engage in color revolution with the help of Turkey to destabilize the region and force Russia and China to enter in war. Russia and CSTO has reacted in time and stopped the ambitions of the United States and Turkey in turning Kazakhstan into another Syria or Iraq. The West went silent, because of Russia’s quick move and shifted its direction this time to Europe to create tension in Ukraine the closest to Russian borders. Of course, the tension has been there since 2014 after the coup in Ukraine and the installment of a regime that is anti-Russian and openly announced the desire to join the NATO.

4.  SS:  The EU and the US have banned Russia’s Sputnik and RT from accessing the western media market. The ban has even involved reporters from Russian media. In your opinion, should journalism be free and open, or should the West be allowed to censor the content of information their citizens have access to?

AK:  The freedom of speech must be accepted as a universal value and should not be monopolized in the hands of the western media and government. Unfortunately, not only Russian owned televisions are being closed in the West, but also many YouTube channels are being shut down, many pages are being suspended in social media, we are seeing hatred towards Russians in European cities, international brands and shops are being closed in Russia and I believe these incidents are taking place with orders by the United States. These actions are to prove that democracy and human rights does not exist in the minds of the western politicians and when a crisis arise, their only tool is spreading hatred and racism. In fact, this situation will have negative impact on the image of the United States itself and it will lose trust among the countries that are in good relations with.

5.  SS:  Many analysts have said that President Putin may have been too late in taking action against Ukraine because of Russian national security concern. In your opinion, should Russia have acted sooner?

AK:  As I have mentioned above, Russia for more than a decade had decided to solve the problems in civilized diplomatic methods; to not ignite other wars in Europe, South Caucasus, or Asia. Unfortunately, the United States not sympathetic with the reality of the emergence of the multipolar world, is pushing its allies and puppet governments for escalating wars and delaying peace processes in different parts of the world to keep the decades ago situation of a unipolar world and its method is not negotiation and cooperation, but resistance to keep the hegemony by igniting color revolutions and wars. In this sense, Russia acted very accurate in the Middle East previously with an official request from the Syrian government and in Kazakhstan as well, and in Ukraine supported the population of Donetsk and Lugansk more than 8 years from the harsh treatments of the Ukrainian racist armed groups. The crisis has started due to the provocative Ukrainian announcements of joining NATO, establishing an arena for nuclear weapons and enhanced Russophobia in Ukraine against the Russian population. Moreover, Russian officials in the negotiations with their counterparts of the United States several times noted the redlines that shouldn’t be crossed and they will never accept any form of NATO powers in their neighboring country. Since the collapse of the Soviet Union, Russia had the willingness to solve all the questions in diplomatic manners and had been given guarantees from the United States that NATO will not expand to the East. As we have seen, the United States did not keep the promise and not only expanded to Eastern Europe, but also is marching close to the Russian borders.