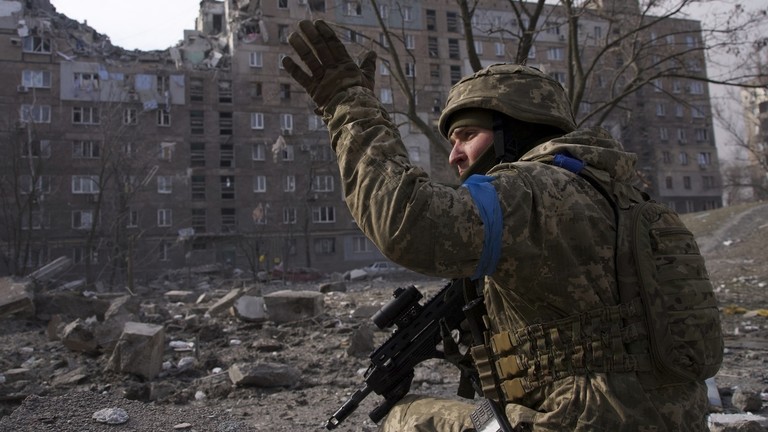 Responding to claims by Ukraine that an airstrike destroyed a theater in Mariupol and killed civilians sheltering there, the Russian Defense Ministry said there had been no such strikes against ground targets in that city, and accused the neo-Nazi “Azov” battalion of killing its hostages.

The Russian military was aware of reports that “Azov” militants had kept civilians inside the theater as human shields, and did not consider the building a target for airstrikes for that reason, Major-General Igor Konashenkov said in a statement.

“Previously, it was known from the refugees who got out of Mariupol that the Nazis of the Azov Battalion could hold civilians hostage in the theater building, using the upper floors as firing points,” Konashenkov said.

Taking into account the potential danger to civilians, and “the provocation already carried out by the nationalists on March 9 with hospital No. 3 in Mariupol, the theater building in the city center was never considered a target for destruction,” he added.

According to Konashenkov, the “available reliable information” indicates that Azov militants committed “a new bloody provocation by blowing up the theater building they had mined.”

The paramilitary Ukrainian unit that uses WWII Nazi symbols had made Mariupol its base, and reportedly forbid civilians from fleeing to safety as Russian forces and fighters of the Donetsk People’s Republic surrounded the city.