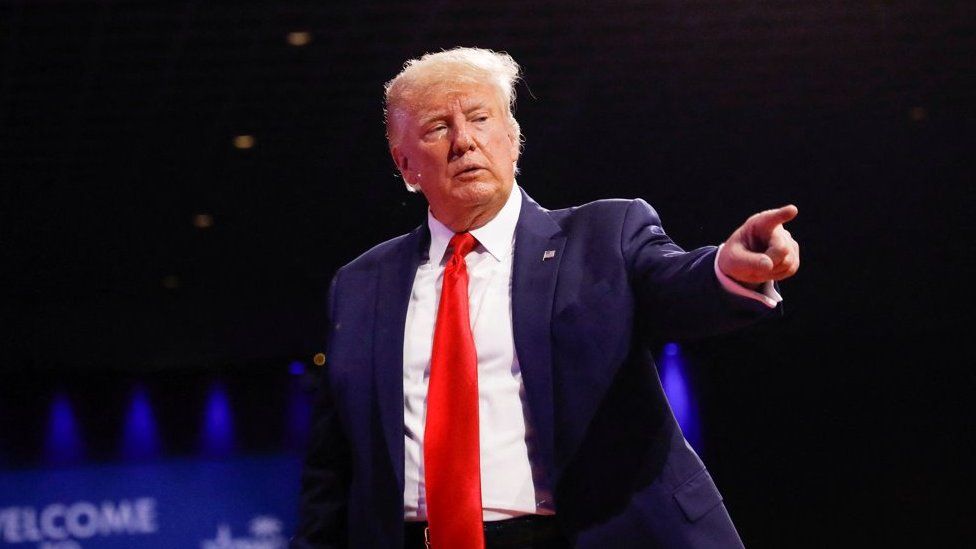 Last week, Donald Trump argued that the Ukraine conflict could escalate even further, purportedly because under the Biden administration, the White House does not have “anybody to talk to” Russian President Vladimir Putin.

Speaking at a rally of his supporters in Florida on Saturday, the 45th American president described the Ukraine crisis as “a disaster” and “madness” that should be stopped by the US.

He pointed the finger at Biden, arguing that POTUS is now afraid of attacking a “nuclear power”, in an apparent reference to Russia. Trump also asserted that under his presidency, the Ukraine crisis would have never taken place, claiming that Moscow’s special operation came after Russian President Vladimir Putin allegedly saw Washington’s “weakness”.

“It was my personality that kept us out of war. I was the only president in four decades who did not get America into any conflicts, except I totally defeated ISIS [Daesh*]”, the former US president claimed.

Additionally, Trump alleged that it was he, who initiated the beginning of US arms deliveries to Ukraine, including “hundreds” of Javelin portable anti-tank missile systems.
The remarks followed the former POTUS telling his supporters at a rally in Florence, South Carolina, last week that “despite all of Biden’s weakness, cowardice, and incompetence, there is still a path for him to end this tragedy in Ukraine, without getting Americans snared in a gruesome and very bloody war”.

Trump suggested that Washington should threaten Moscow with “blistering consequences”, such as permanently eliminating Western dependence on Russian energy. He also claimed that the White House now doesn’t have “anybody to talk to” Russian President Vladimir Putin.

This followed Biden saying in late February that he does not believe Americans have reason to be concerned about a nuclear war amid tensions with Russia over its special operation in Ukraine. Earlier that month, Putin said he had ordered “the deterrence forces of the Russian Army to a special mode of combat duty”, due to “aggressive statements” by NATO leaders.

Moscow’s special operation, which has been underway since 24 February, was launched after the Donetsk and Lugansk People’s Republics (DPR and LPR) appealed for help in defending themselves against Kiev’s forces. Russia said that the aim of the operation is to demilitarise and de-Nazify Ukraine and that only the nation’s military infrastructure is being targeted.
The Kremlin has repeatedly stressed that it has no plans to occupy Ukraine. According to President Putin, the operation’s goal is to protect the people of Donbass, “who have been subjected to abuse, genocide by the Kiev regime for eight years”.
In response, Western countries have rolled out a full-blown sanctions campaign against Moscow, which includes airspace closures and restrictive measures targeting numerous Russian officials and entities, media, and financial institutions.