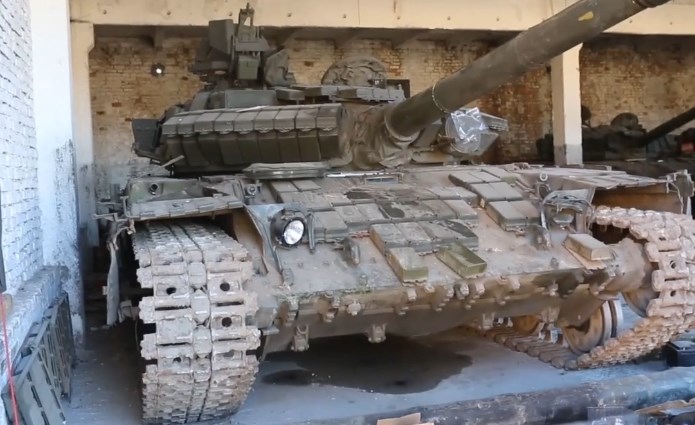 Russia eliminates 80 more radicals and mercenaries in strike on Ukraine

On March 21, the Russian Armed Forces announced that they launched a strike with high-precision air-launched cruise missiles on the training center for foreign mercenaries and Ukrainian nationalist formations at the Novaya Lyubomirka combined-arms training ground in Rivne Region. More than 80 mercenaries and nationalists were reportedly eliminated.

Additionally, a strike with cruise missiles destroyed the ammunition depot and the headquarters of the mechanized brigade of the Ukrainian Armed Forcesin the area of ​​​​the village of Selets.

On top of this, a group of Ka-52 and Mi-28N helicopters destroyed 8 tanks, 4 infantry fighting vehicles and 3 armored personnel carriers during night strikes.

Pro-Kyiv sources also reported the destruction of parts of Shopping Center ‘Retroville’ in Kyiv city. Earlier, reports appeared that this area was used as a weapon depot and troop gathering center by Kyiv’s forces.

Active military operations continue in the region of Donbass.

According to the Russian military, during the night, units of the Russian Armed Forces advanced another 4 kilometers and completely took control of the settlement Sladkoe. Russian forces were eliminating the vestiges of the Ukrainian nationalist battalion “Donbass” in the area.

Troops of the Donetsk People’s Republic are completing the defeat of the remnants of the 53rd Mechanized Brigade of the Ukrainian Armed Forces. DPR forces are developing the offensive in the direction of the settlement Novomikhailovka. Up to 50 Ukrainian fighters, three battle tanks, four infantry fighting vehicles, two field artillery guns and 4 off-road vehicles were destroyed.

Meanwhile, DPR units engaged troops of the 25th Airborne Brigade of the Ukrainian Armed Forces and established control of the settlement of Verkhnetoretskoe.

Clashes are also ongoing near Kyiv. In the settlement of Nikolaevka in the suburbs of Kyiv, Russian forces took control of a protected buried command post of the Armed Forces of Ukraine.  61 Ukrainian servicemen surrendered there. About half of them are senior officers.

Also, the Russian Defense Ministry reported that its airborne troops seized a large number of weapons and equipment of the retreating Ukrainian nationalist units in the suburbs of Kyiv. Kyiv’s forces left behind battle tanks, armored personnel carriers, a lot of small arms, anti-tank weapons and ammunition.

The equipment and weapons of the Armed Forces of Ukraine will be transferred to the servicemen of the People’s Militia of the DPR and LPR.

According to the Russian military, during the night, Russian operational-tactical and army aviation hit 44 military facilities of Ukraine. This includes four command posts, two installations of multiple launch rocket systems in the areas of the settlements of Nalivaykovka and Zolocheva, six Buk M-1 anti-aircraft missile systems, three Msta-B artillery guns in the Vyshgorod area, four warehouses of rocket and artillery weapons and ammunition, as well as 23 places of gathering of military equipment.

Russian air defense systems shot down two more Ukrainian unmanned aerial vehicles in the air over the settlements of Chernobaevka and Tsirkuny.

Russia says that since the start of the military operation, its forces have destroyed 216 unmanned aerial vehicles, 180 anti-aircraft missile systems, 1,506 tanks and other armored combat vehicles, 152 multiple rocket launchers, 592 field artillery guns and mortars, as well as 1,284 units of special military vehicles.

The Russians also addressed provocation that took place in the city of Sumy. The Russian of Defense recalled that it officially warned about it a few days ago

“According to the head of the Sumy regional administration, an ammonia leak occurred at the Sumykhimprom plant. There is no threat to the residents of Sumy, as the air masses were moving “not towards the city.”

Let me remind you that back on March 19, we officially warned about the mining of this enterprise by Ukrainian nationalists in order to commit a provocation with the aim of accusing Russia of allegedly using “chemical weapons”.

I want to emphasize once again that the Armed Forces of the Russian Federation have not planned and are not inflicting any strikes on Ukrainian facilities for the storage or production of toxic substances,” the statement said.