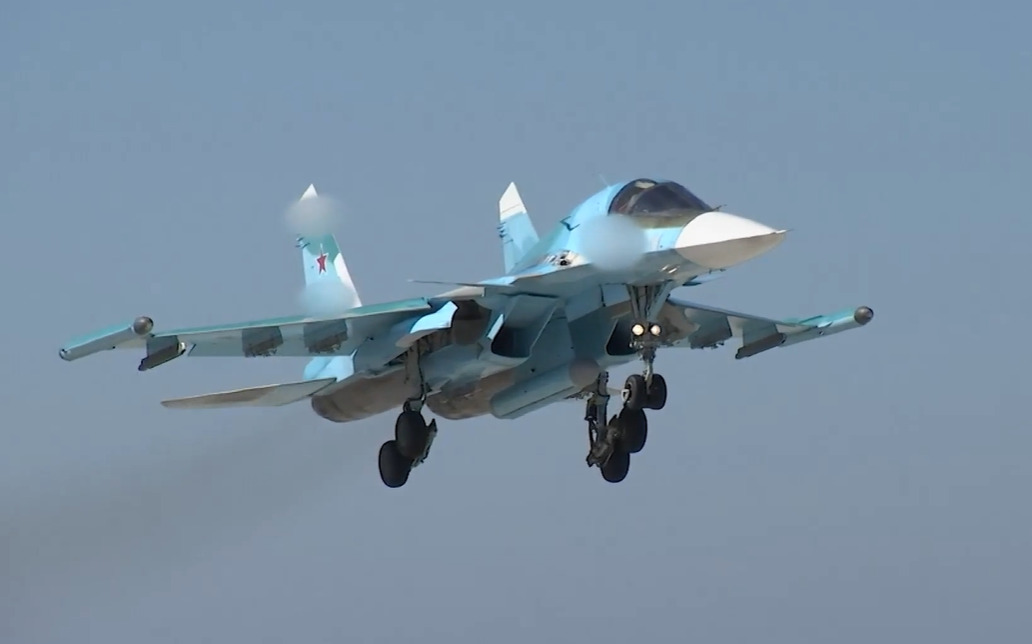 On March 24, the TASS news agency released footage showing a formation of Su-34 fighters preparing for a combat mission over Ukrainian. One of the fighters was carrying the advanced EW system, the SAP-14, to provide protection for the formation.

The EW system, which was developed  the Kaluzhsky Scientific Research Radio-Technical Institute (KNIRTI), covers ground-to-air and air-to-air threats in the D and F bands and is deployed in one large, centerline pod.

The system was designed to be installed on a single heavy fighter, like the Su-30 or the Su-34, along with two SAP-518 jamming pods.

The Russian Aerospace Forces have apparently began using the EW system to protect fighter bomber formations supporting the ongoing special military operation in Ukraine. The system is likely being used to jam Ukraine’s remaining medium and long-range air-defense systems, like the Buk-M1 and the S-300. These systems managed to shot down a number of warplanes in the early days of the Russian operation.

The Russian military is currently working to neutralize Ukraine’s remaining air defenses. According to the most recent briefing by the Ministry of Defense of Russia, 189 Ukrainian air defense systems have been destroyed since the start of the special military operation in the country.