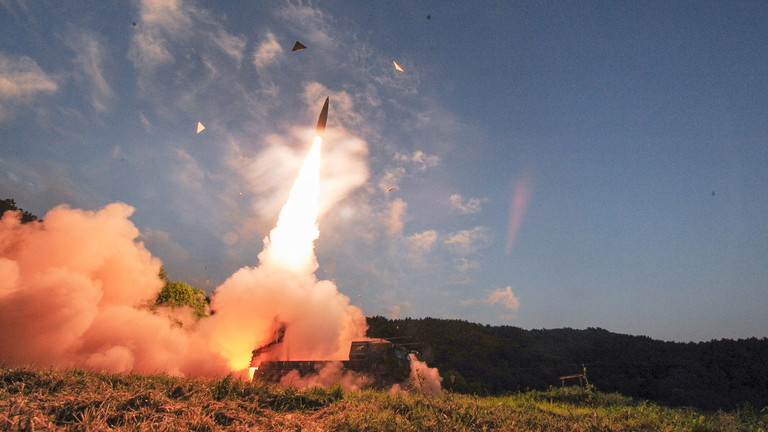 Seoul’s military fires projectiles from the ground, sea, and air in a show of force

The South Korean military test-fired missiles from ground, sea, and air platforms in response to an apparent test of an intercontinental ballistic missile by North Korea, Yonhap News Agency reported on Thursday.

The launches were meant to confirm Seoul’s “capability and readiness to strike” North Korean missile launch sites and command and control facilities, the JCS said in a statement.

“Our military has raised surveillance and vigilance in preparation for additional launches by the North Korean military,” the statement said, adding that South Korea was cooperating with the US on the issue.

The North Korean test earlier in the day involved an unidentified projectile. According to Japan, it landed into the territorial waters of the country, off the coast of the northern Aomori Prefecture.

The missile could be the Hwasong-17, the largest ICBM in North Korea’s arsenal. Outgoing South Korean President Moon Jae-in condemned the test, saying it violated the moratorium that Pyongyang announced in 2017.

Moon, whose five-year term expires in May, is set to be replaced by President-elect Yoon Suk-yeol from the opposition People Power Party (PPP). Unlike Moon’s Democratic Party of Korea, the conservative PPP traditionally holds a more hawkish stance in relations with North Korea.