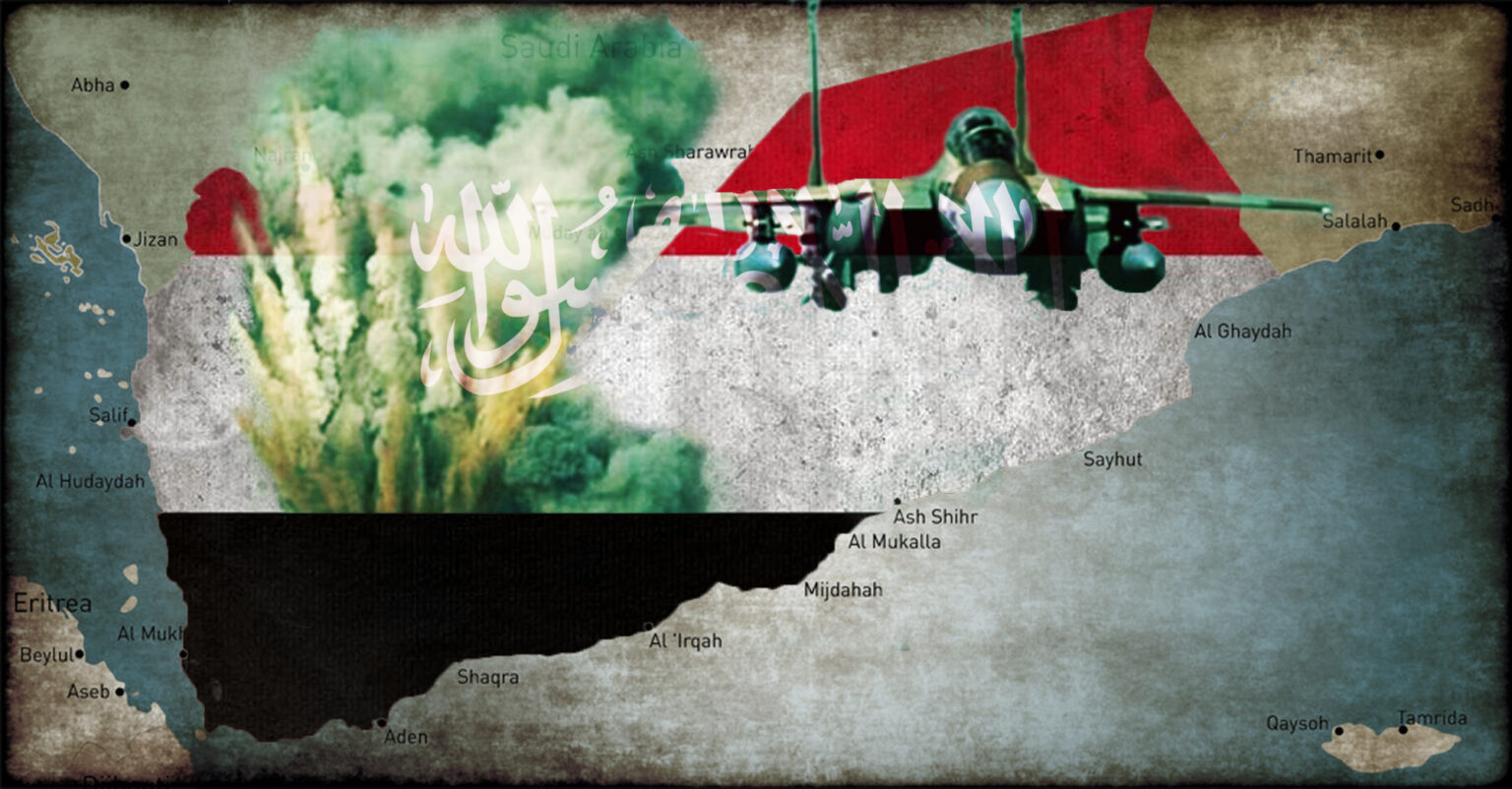 Early on March 26, the Saudi-led coalition renewed its airstrikes on the Yemeni capital, Sanaa, and the western city of al-Hudaydah, which are both held by the Houthis (Ansar Allah).

The airstrikes came in the woke of a large-scale missile and drone attack by the Houthis that targeted vital facilities in different parts of Saudi Arabia. The group carried out the attack in response to coalition’s siege on Yemen.

In a statement, the Saudi-led coalition said that it had launched an operation to neutralize threats in Sanaa and al-Hudaydah and protect energy sources in Saudi Arabia.

“The military operation will continue until its goals are achieved,” the statement reads.

The Saudi-led coalition airstrikes targeted an oil storage facility and the electricity company in al-Hudayda city as well as the nearby port of Salif. The airstrikes also targeted the headquarters of the Safer oil company, buildings of the Public Authority for Social Insurance, a local gas station and Kahlan military camp in Sanaa.

According to the Sanaa-based al-Masirah TV, eight civilians were killed and four others were wounded as a result of the airstrikes that targeted the Public Authority for Social Insurance buildings.

The Saudi-led coalition claims that the Houthis launched their large-scale missile and drone attack on Saudi Arabia on March 25 from Sanaa and al-Hudaydah.

The Houthis’ attack, codenamed “Operation Breaking the Siege 3,” inflicted heavy material losses on several vital facilities in Saudi Arabia. Aramco oil storage facility in the Kingdom’s western city of Jeddah was still on fire as of March 26 morning as a result of the attack.

Earlier this month, the Saudi-led coalition refrained from responding to two similar large-scale attacks by the Houthis to facilitate a new Saudi-led initiative for peace in Yemen.

The Houthis don’t appear to be interested in the Saudi-led peace initiative. The group refused to attend any talks in Saudi Arabia, which has been leading the war and siege on Yemen.