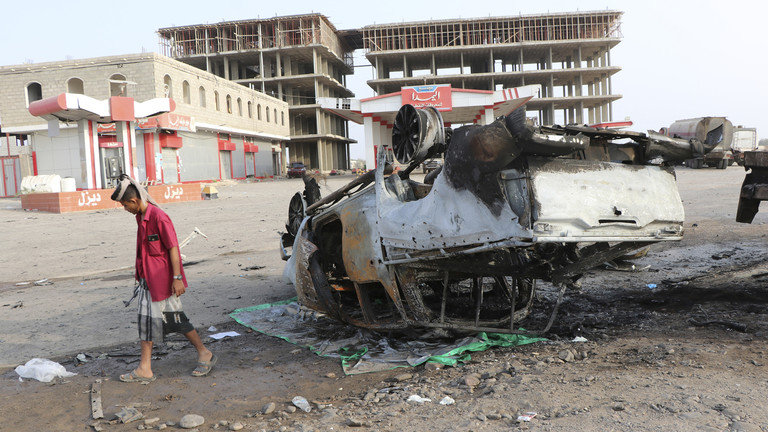 The US’ major non-NATO ally Qatar, along with Saudi Arabia, have shamed the West for paying disproportionately more attention to Ukraine than to conflicts in nations across the Middle East.

“The humanitarian suffering that we have seen in Ukraine … has been the suffering of a lot of countries in this region for years, and nothing happened,” Qatari Foreign Minister Sheikh Mohammed bin Abdulrahman Al-Thani said during roundtable talks at the annual Doha Forum on Saturday.

The US and the EU have spearheaded the international campaign to back Ukraine during its ongoing conflict with Russia, which has included delivering weapons and other aid to the Kiev government and imposing draconian economic sanctions on Moscow.

The events in Ukraine should become “a wake-up call for everyone in the international community to look at our region and to address the issues … with the same level of commitment,” the FM insisted.

The Qatari stance was backed by Saudi Foreign Minister Prince Faisal bin Farhan, who agreed that “the engagement of the global community … it’s quite different.”

“The trans-Atlantic unity right now, its commendable. But I think you have to have a much better conversation with the rest of the global community,” he added.

Qatar and Saudi Arabia are considered strategic allies of the West, with the US having recently awarded the former the status of “major non-NATO ally.” The two wealthy Gulf nations have so far maintained a neutral stance on the situation in Ukraine due to their ties with Russia.

Washington and Brussels are hoping Doha and Riyadh will boost their oil and gas production to reduce the West’s dependence on Russian energy.

In an interview with CNN earlier this week, however, Qatari Energy Minister Saad Sherida al-Kaabi said replacing Russian gas was “not practically possible.” He stated that Doha would not be imposing sanctions on Russia’s oil and gas sector as “energy should stay out of politics.”

Moscow sent its troops into Ukraine a month ago, following a seven-year standoff over Kiev’s failure to implement the terms of the Minsk agreements, and Russia’s eventual recognition of the Donbass republics of Donetsk and Lugansk. German- and French-brokered protocols had been designed to regularize the status of those regions within the Ukrainian state.

Russia has now demanded that Ukraine officially declare itself a neutral country that will never join the US-led NATO military bloc. Kiev insists the Russian offensive was completely unprovoked and has denied claims it had been planning to retake the two republics by force.