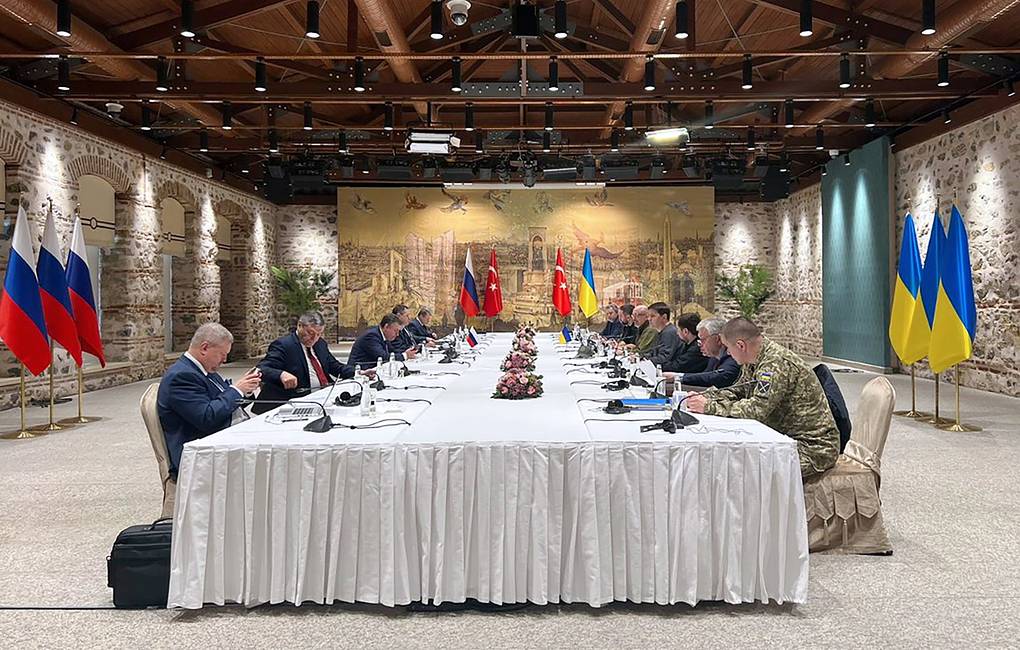 Russia has agreed to meet Kiev half-way and will allow a meeting of its leaders to be held on the same day that the final version of a peace treaty is pre-approved by the two nation’s foreign ministers, Moscow’s top negotiator said on Tuesday, after a new round of talks in Istanbul.

Previously, Moscow had insisted that a meeting between Russian President Vladimir Putin and his Ukrainian counterpart Volodymyr Zelensky could only be set after the deal would be finalized.

Vladimir Medinsky described the talks in Turkey as ‘constructive‘ and said his delegation had received a clearly outlined position on what it sought to achieve. The proposal will be relayed to Putin, he said.

Coinciding with Medinsky’s statement to the press, the Russian defense ministry announced it was drastically reducing its military operations in some parts of Ukraine, including near the capital, Kiev. The ministry cited “the talks moving into the practical dimension,” as the reason for the change.

David Arakhamia, Medinsky’s opposite number in the Ukrainian delegation, said Kiev had sought a security guarantee from a number of nations that would work not unlike NATO’s mutual self-defense commitment.

He named the UK, China, the US, Turkey, France, Canada, Italy, Poland and Israel as possible guarantors, and claimed some of them have given their preliminary agreement to serve in that capacity.