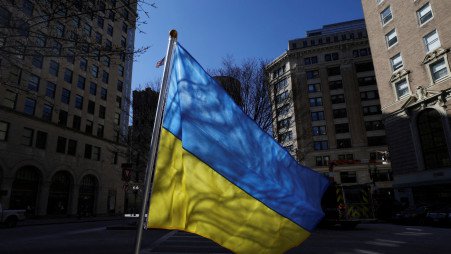 Kiev’s proposals envisage that Ukraine will be proclaimed a neutral state under guarantees of a number of guarantor nations of its security, Russian presidential aide Vladimir Medinsky, who leads the Russian delegation to the talks with Ukraine, said on Tuesday, after an Istanbul round of talks.

“We have received the Ukrainian delegation’s proposals. As far as I understand, they were agreed with Ukraine’s leadership. In brief, they are: Ukraine is proclaimed a permanently neutral state under international legal guarantees for the purpose of the implementation of its off-bloc and nuclear-free status. Further on, a list of Ukraine’s security guarantor nations is given,” he said.