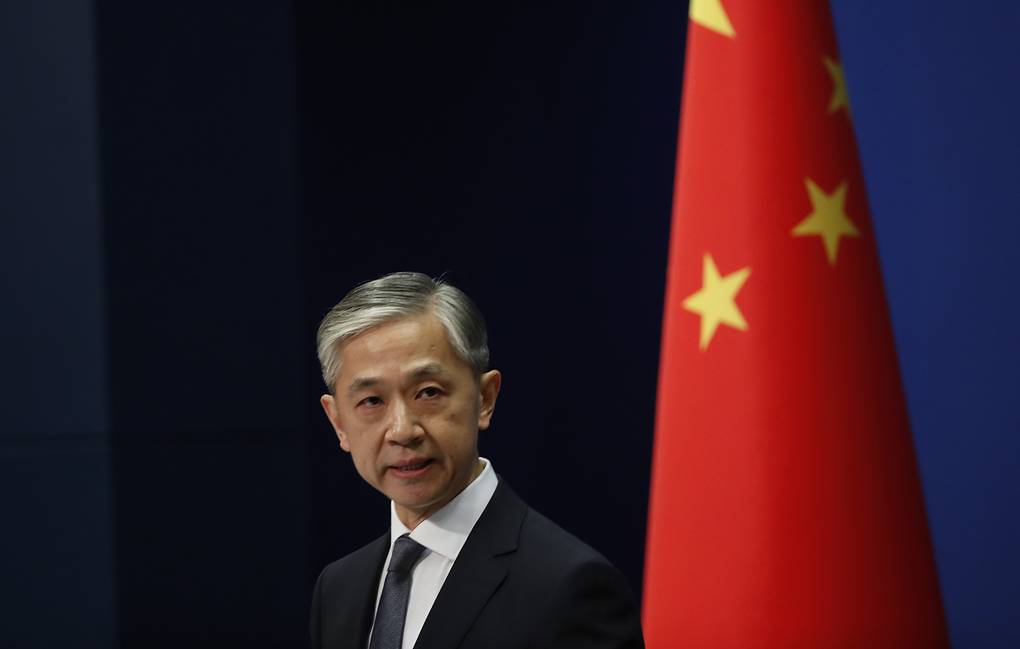 Commenting on the most recent round of negotiations between Russia and Ukraine in Turkey’s Istanbul, Wang Wenbin noted “positive signals” demonstrated by both parties

Cooperation between Russia and China in the sphere of security and regarding measures to resist global hegemony has no boundaries, Chinese Foreign Ministry Spokesman Wang Wenbin said on Wednesday.

“The cooperation between Russia and China has no boundaries. It regards our bilateral measures on maintaining peace and security as well as joint steps to resist hegemony,” the diplomat said at a press briefing in response to a question about how far this cooperation between Moscow and Beijing could go.

Commenting on the most recent round of talks held in Istanbul, Turkey, between Russia and Ukraine, Wang Wenbin noted “positive signals” demonstrated by both parties.

“We have always believed that dialogue and negotiations are the only correct way to reach a settlement to the Ukrainian crisis,” he stressed.

The spokesman also said he hoped that Moscow and Kiev would reach a compromise soon, adding that the international community should contribute to the efforts of Russia and Ukraine in settling the conflict.

“All actions that may add fuel to the fire or heighten controversies must be prevented,” the Chinese diplomat said.

Wang Wenbin revealed what role China would have in the facilitation of the Russian-Ukrainian talks.

“We will continue to play a constructive role and provide assistance to normalize the situation in Ukraine,” he said at a briefing in response to a question by TASS as to whether Beijing was ready to serve as a guarantor of a peace agreement between Moscow and Kiev.

The Russian-Ukrainian negotiations kicked off on February 28 with several meetings between the two delegations held in Belarus. Later, the negotiators continued contacts by way of videoconferencing. On March 29, a new face-to-face round of talks was held in Istanbul.

President Vladimir Putin announced on February 24 that in response to a request by the heads of the Donbass republics he had made a decision to carry out a special military operation in Ukraine in order to protect people “who have been suffering from abuse and genocide by the Kiev regime for eight years.”

The Russian leader stressed that Moscow had no plans of occupying Ukrainian territories and the operation was aimed at demilitarizing and denazifying Ukraine.

When clarifying the developments unfolding, the Russian Defense Ministry reassured that Russian troops are not targeting Ukrainian cities, but are limited to surgically striking and incapacitating Ukrainian military infrastructure. There are no threats whatsoever to the civilian population.