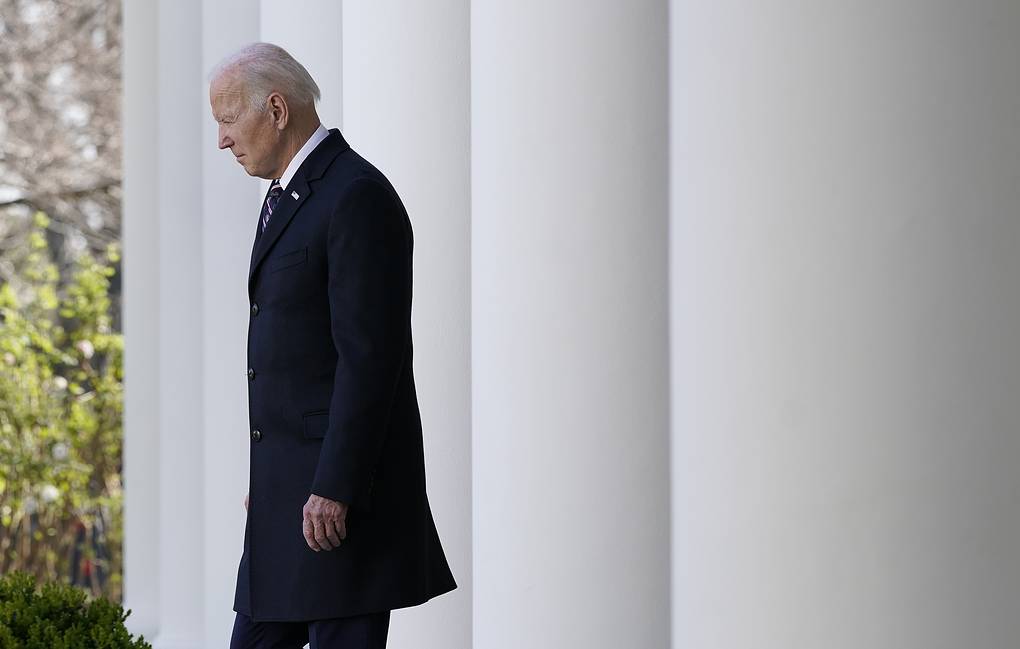 President Joe Biden arrives to sign the Emmett Till Antilynching Act in the Rose Garden of the White House, Tuesday, March 29, 2022, in Washington. (AP Photo/Patrick Semansky)

On Monday, Biden said a new personal meeting with Putin was possible, adding that prospects for such talks would depend on their agenda

A meeting between Russian President Vladimir Putin and his US counterpart Joe Biden is possible only after a significant de-escalation in Ukraine, White House Director of Communications Kate Bedingfield told reporters on Tuesday.

On Monday, Biden said a new personal meeting with Putin was possible, adding that prospects for such talks would depend on their agenda.

Russian President Vladimir Putin on February 24 said in an early morning televised address that he had launched a special military operation in Ukraine in response to a request for help from the leaders of the Donbass republics. He stressed that Moscow had no intention of occupying Ukrainian territories, the sole purpose of the operation, the leader stressed, is the demilitarization and denazification of Ukraine. Western countries responded to the actions of the Russian authorities by slapping sanctions against physical and legal entities.

On March 3, Russian Foreign Minister Sergey Lavrov called sanctions “a kind of tax on independency.” He expressed confidence that the situation around Ukraine will be settled and “a solution will be found.”.TAGS